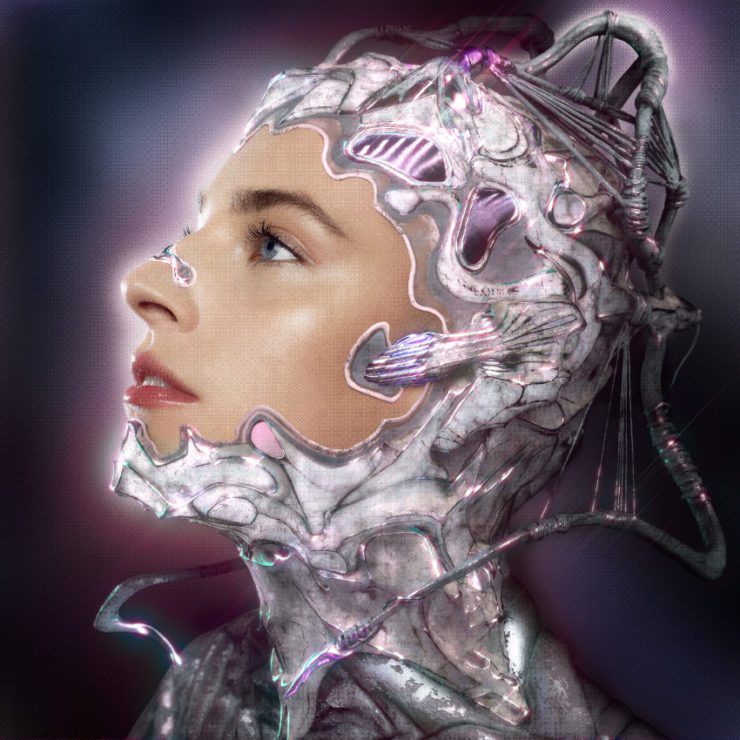 ‘n5‘ sees the Prague-based artist all but entirely abandon the guitar in favour of a step deeper into the DAW, working with Torr to create a more digitally-constructed sound environment for her voice. Leaving behind the comforts of singer/songwriter stylistics long since mastered in favour of post-club leaning sound, Katarzia projects her voice toward the future — an appropriate reframing of the singer’s talents, with the lyrics (all sung in Slovak) amongst her most personal material yet.

The album’s second piece, ‘smd‘, seems to sum up all the changes in the artistic direction that led to ‘n5”s creation: opening with warped piano over-cut by Katarzia’s voice, the traditional instrument gradually buckles before non-sequitur drum licks roll through and swiftly devolve into an avant-pop closure. Within three minutes the track chicanes through various influences, but never touches the mundane or anticipated, adequately summarising the album’s thoroughly unique palette.

‘n5’ is out now. Order a copy from Bandcamp.