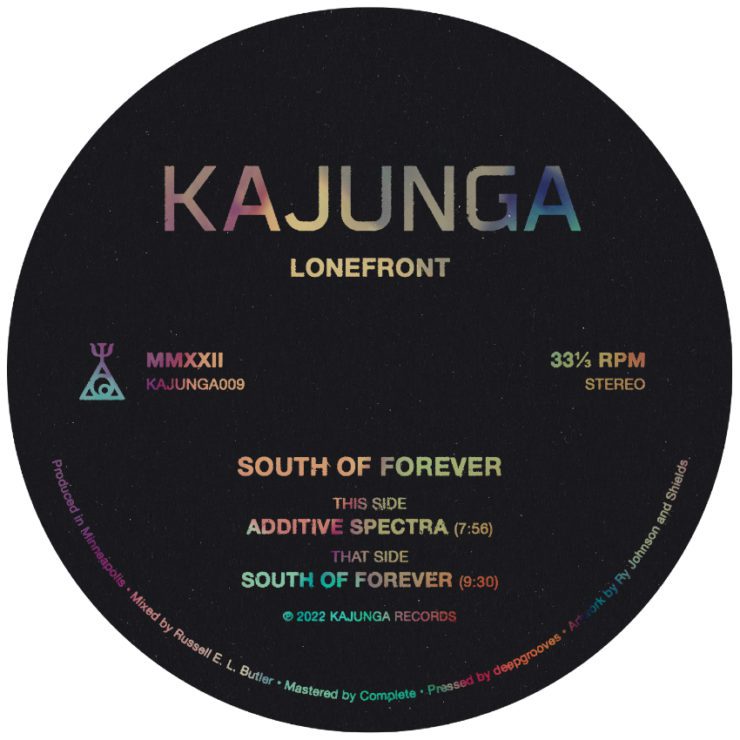 Talking about the release, the producer describes a tension between compositional processes and the way in which music is engineered for sound systems. There’s a necessary negotiation of the two in his practice as a live modular act, which has seen him appear on line-ups alongside artists like DVS1, Volvox and Planetary Assault Systems.

“Each composition is a balance between inspiration and form”, says Lonefront, “but this EP is focused on the former.” ‘Additive Spectra’, keeps things minimal on the compositional side of things, but still manages to hit all the right notes.

‘Additive Spectra/South Of Forever’ is scheduled for release 3 June via Kajunga Records. Order a copy from Redeye.