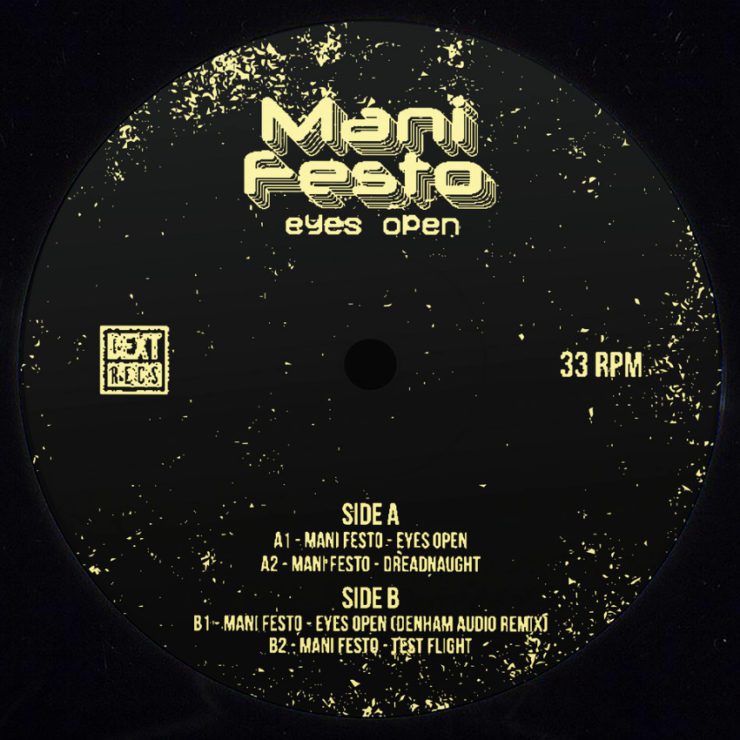 DEXT Recordings describe themselves as a “record label floating around in a world somewhere between UK bass, Techno, Jungle & Rave”. It’s a fitting analysis of the UK imprint who’ve been serving up club gear with a distinctly British flavour since 2014.

Their next release is the label debut of Mani Festo. Alongside Borai, Denham Audio and LMajor, the London-based artist is one part of the Club Glow collective and looks after their graphic design. He’s also appeared on an impressive array of other labels over the past few years, landing on labels such as HOOVERSOUND, WNCL Recordings and Warehouse Rave.

As a producer, his music occupies a space between historical homage and forward-facing futurism. It’s an approach that’s also favoured by fellow Club Glow affiliate Denham Audio. With eerie atmospheres and bass-heavy dread, the producer’s remix of the title track feels like a mid-tempo revision of nineties Metalheadz sounds.

‘Eyes Open’ is scheduled for release 9 September via DEXT Recordings. Order a copy from Bandcamp.