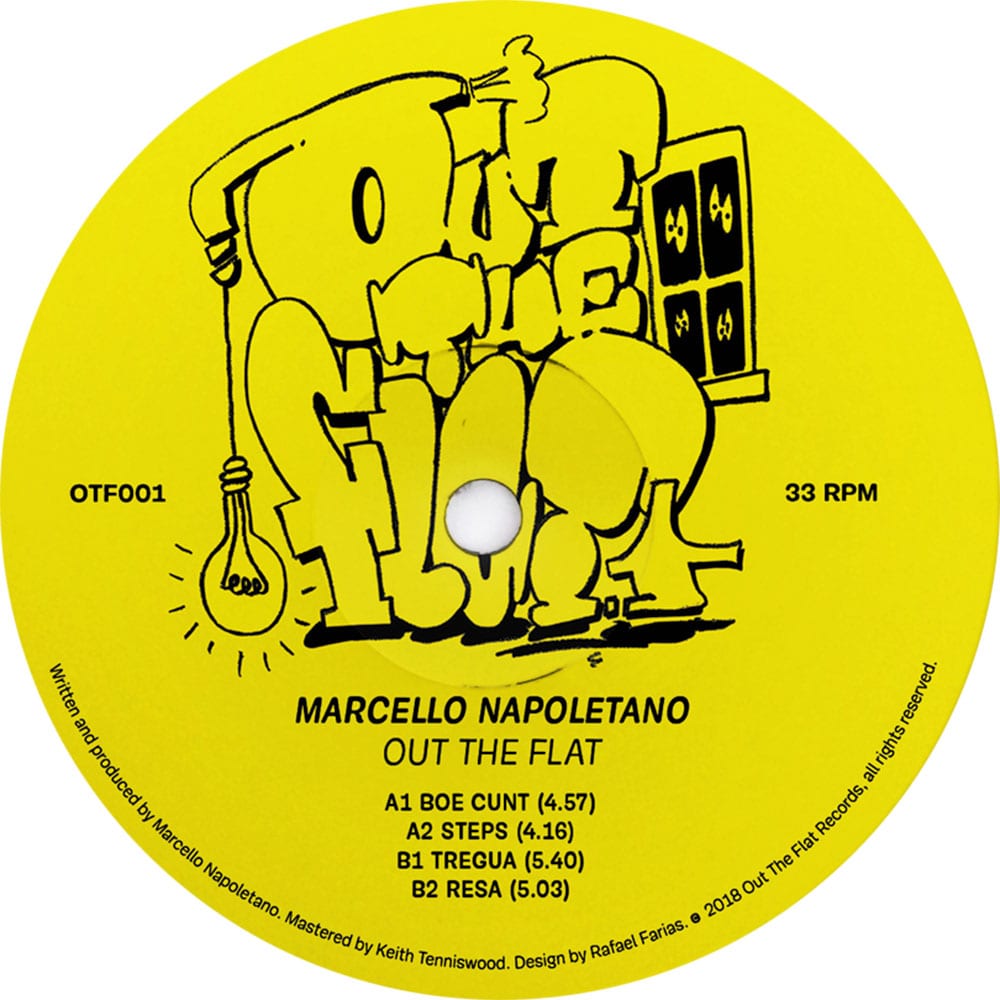 Half a year after his last outing on Roots Underground Records as Anthony Parasaula, analogue hijacker Marcello Napoletano resurfaces today with the debut eponymous offering of newly founded London imprint Out The Flat. Bold and brash as ever, the Italian producer’s sound proves it’s lost nothing of its intoxicating power of seduction and topsy-turvy, jazz-indebted swagger.

Lifted from this freakish symphony of left-of-centre programming and sizzling, saturated electronics gone feral, our pick ‘Resa‘ rounds off the package in the most eccentric of fashion. As a raucous bass menacingly furls and unfurls alongside filthy shortwave spurts and abrasive riffs like an ominous black cloud filled with thunder, Napoletano adroitly demonstrates his abilities at bringing melodies and rhythms to a slo-blazing, hypnotic climax. One to bend minds by the shovel load.

Out The Flat is out today, order a copy from Juno. If you’re in London, make sure you don’t miss the record’s launch party with Marcello and Jon K at Venue MOT Unit 18 on 7th December.

Discover more about Marcello Napoletano and Out The Flat on Inverted Audio.