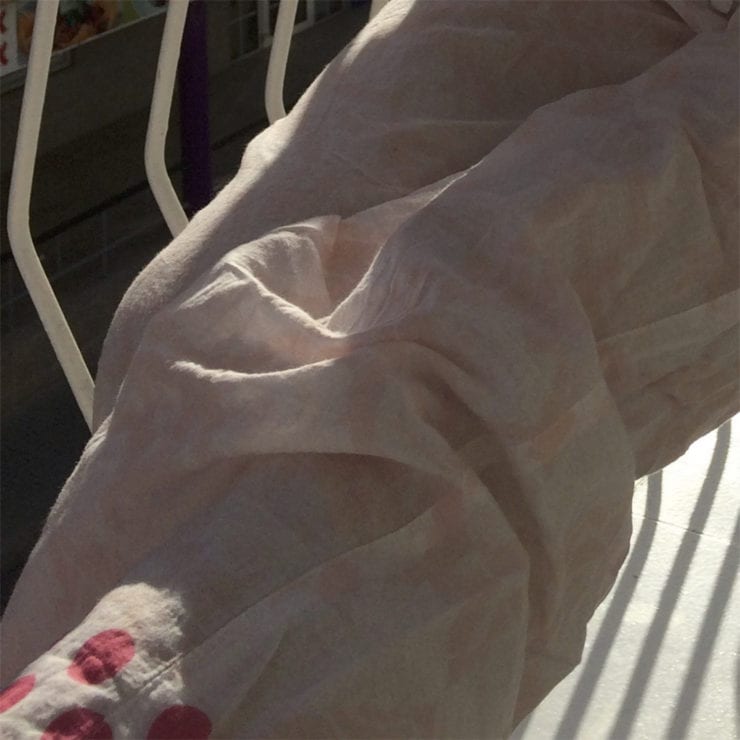 To those familiar with the sound of the Kann family, the name of Philipp Matalla shall ring a bell. Having released his last two solo EPs on the label, after a debut on Prins Thomas’ Internasjonal Spesial back in 2012, the Halle-via-Berlin based producer inaugurates his new MAXXA and M Pounds aliases with an equally short and haunting 7″ for the young but already strong Köln imprint RDK Island.

Lifted from this off-kilter beauty of a record, our premiere ‘Juice‘ makes for a proper magnetic slab of sentimentally rich post-house shoegazing, ideal for springtime wanderings across lushly forested parks and brightly coloured resorts, when flowers and Liberty-print dresses begin to blossom in strange symbiosis.

Melding methodically polished textures with a sense of overwhelming nostalgia and oddball melodicism a la Daniel Lopatin, Matalla stuns and captivates, crafting the kind of crystalline downtempo gem that has you casting off to wonderfully soothing heights in two shakes of a lamb’s tail. Minimal in essence but fashioned with that of a seasoned clockmaker’s mastery, ‘Juice‘ is a thing of evergreen beauty that keeps on offering long after the needle’s lifted off the groove.

Discover more about MAXXA and RDK Island on Inverted Audio.