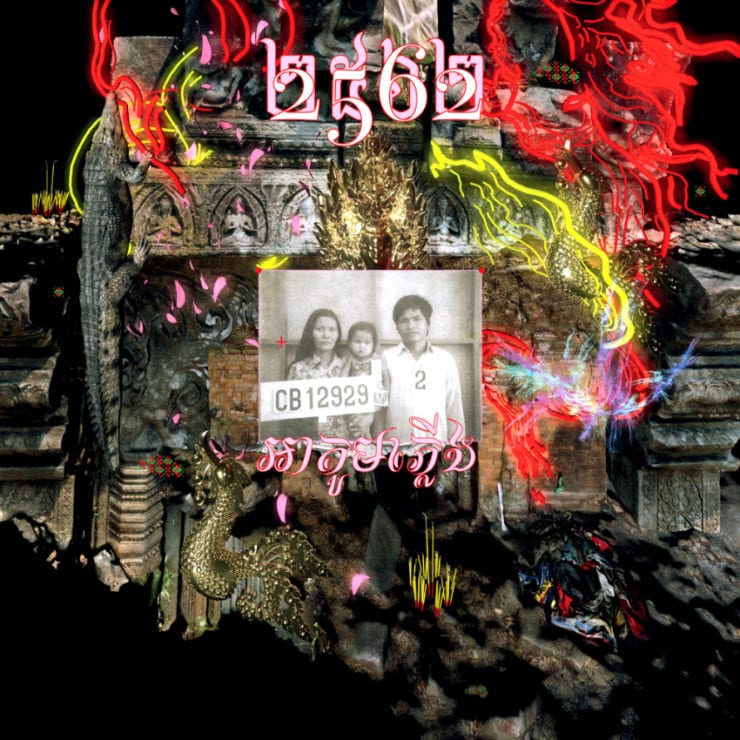 Chinabot is a name that could do with being on a lot more people’s lips. With the stated focus to “change the dialogue surrounding Asian music”, the label’s output is essential listening for global sound-searchers, releasing exemplary experimental electronic music from outstanding Asian musicians who might not typically gather as much interest as Western counterparts.

Following two excellent releases from Sarah Haras (played here on Inverted Audio Radio) and Bamboo Mystics, the chief force behind Chinabot steps up to the plate with a new album under a new alias — Neo Geodesia, and the album ‘2562 Neon Flames‘. The album comes with a bit of a sad story, being dedicated to the artist’s mother who passed during the celebrations of the Khmer New Year 2562.

That said, it doesn’t feel like an album only about mourning, but a more complex sonic investigation incorporating myriad stands of thought and emotion — often stacked and layered atop one another in dense, overlapping musical structures, vivid and imposing.

On ‘Decarcassed by 2562 Neon Flames‘, Neo Geodesia’s musical voice is perhaps at its strongest. Calmly negotiating iridescent electronic and ancient acoustic instruments, the track plays out like an odyssey, some long, winding tale which leaves much up to the imagination. Piercing Asian wind instruments duet — or duel, depending on your stance — with their glistening, plastic-wrapped counterparts, phasing in and out with one another. It’s arresting music that doesn’t let you get too comfortable, and leaves many questions after listening.

Neo Geodesia describes it as follows: “‘Decarcassed by 2562 Neon Flames’ samples traditional Smot (Khmer funeral chanting) and Kantoam ming (Khmer funeral music), bones collecting, cremation sounds, gongs historically played at each stage of a funeral rite to guide the spirit of the deceased into the afterlife sync with New Year Count-down of 2019.”

‘2562 Neon Flames’ is scheduled for release 11 April via Chinabot. Order a copy from Bandcamp.