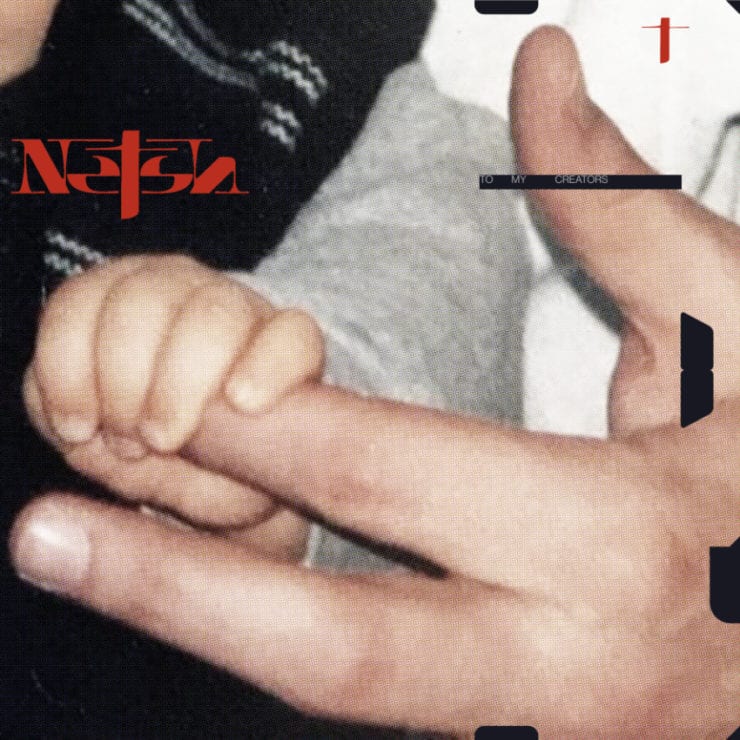 Netsh swaps his familiar territory of the club for emotional ambient across his next long player for Lyon-based label Comic Sans, entitled ‘To My Creators‘.

A regular contributor to the Lyon-based label, Netsh is most often seen deploying damaging futuristic club tracks, as can be heard scattered across his numerous releases for Comic Sans. ‘To My Creators‘ diverges from this path, with an album of detailed ambient music, devoted to thoughts and memories of his parents.

Far from an album of warmth, there are many layers to both the emotions and the production tactics (take ‘Song For Mum‘, which scatters expectation with influences of metal). Despite Netsh’s talents in making neck-snapping bangers, it seems he’s just as capable of creating new and interesting music in other genres.

‘We’ve Been Through Fires‘ captures the essence of the album most succinctly. It’s a pleasant listen, no doubt, with notes of modern classical drifting through the smoked-out haze, but the track’s nuance comes with the near-imperceptible switching from minor to major refrains. It’s almost more of a psychological phenomenon than a musical one, the ear adjusting the fog of production gently, like recolouring a memory with different emotions over time. Ambient par excellence to close a year full of confliction.

‘To My Creators’ is scheduled for release 15 December via Comic Sans Records. Order a copy from Bandcamp.

1. Tear It All Apart and Start Again
2. Anxiety
3. Empty Shell
4. See You on the Other Side
5. Song for Dad
6. We’ve Been Through Fires
7. Song for Mum
8. Blaze the Dolmen for Our Last Sabbath
9. The Cold Emanating from Your Inevitable Loss Freezes My Lips and Cuts Off All Glimmer of Hope
10. In Your Arms