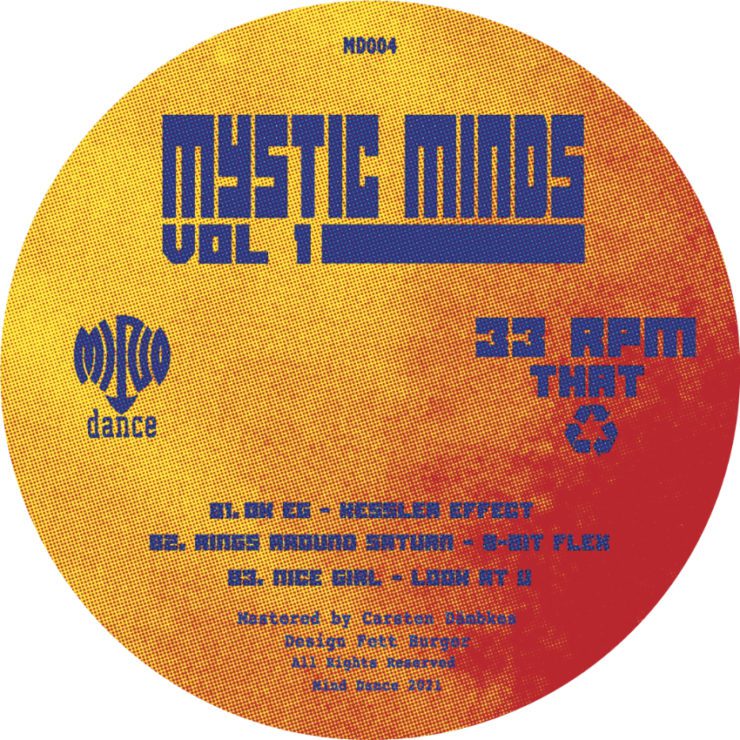 Based in Adelaide, Mind Dance is a relatively new label run by DJ and producer Furious Frank. Since their first release back in 2019, the label has served mostly as an outlet for the Australian artist’s own music, a spacey strain of techno often with a touch of acid.

The imprint’s fourth release, the first of what promises to be an ongoing compilation series, sees the label “warmly welcoming label associates old and new”. There are diverse offerings from Rings Around Saturn, DJ Fett Burger, OK EG, Nice Girl and Current Obsession, the collaborative project between Furious Frank and Roza Terenzi.

Our pick from the release is Nice Girl’s ‘Look At U’. The New Zealand artist, who’s just released her debut full-length for Public Possession, delivers the EP’s laid-back closing track. It’s a whispered dubby trip with mesmerizing effects that swirl around restrained drum programming.

‘Mystic Minds Volume 1’ is scheduled for release 27 August via Mind Dance. Order a copy from Bandcamp.