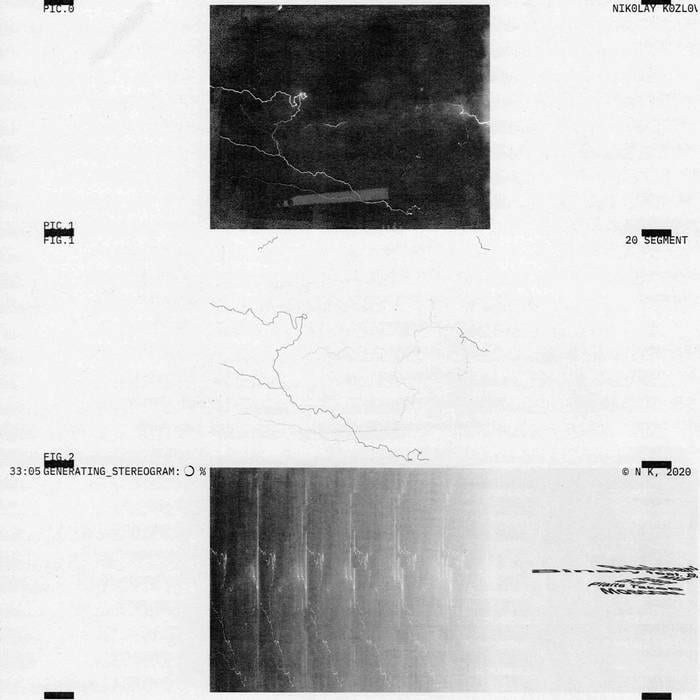 Creeping steadily towards his own shoegazing, effect-pedalled stardom, Nikolay Kozlov slips in a new entry to his already impressive back catalogue. ’20 Segment’ follows releases from the Russia based artist on Motion Ward with ‘High School Blues’, and ‘New Path‘ on Experiences Ltd alongside mdo and Ultrafrog.

The self-released album features another 7 disassociating, cavernous and reverberating works. All tracks are smothered by mad modular-synth bio-tech glitch and luscious natural recordings. The album also features a collaboration between Experiences Ltd. affiliate Ben Bondy. However, the sickle-shaped star of the release is our premiere track, ‘***Drift’.

A vibrant snare shoulders ‘***Drift’ away from the majority of the album with urgency, soft pads and broken drums. A clattering rim shot seem at odds with flittering nautical snippets from the life aquatic. But despite that it’s less hypnagogic than Ulla or Perila and easily as eclectic and demystifying as blazing digi-dub meister OL and his pal Flaty.

‘20 Segment’ is scheduled for release 2 October. Order a copy from Bandcamp.