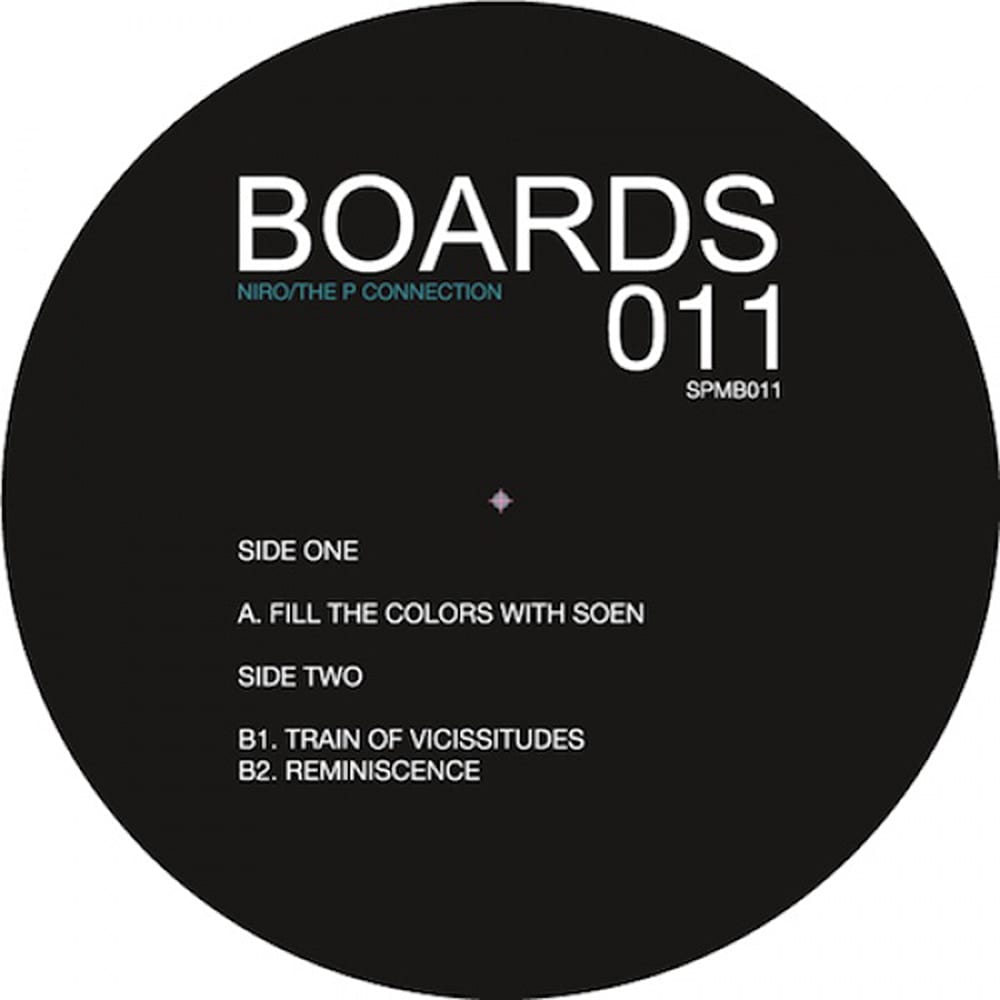 Italian producer Niro Perrone has been making all the right noises. Having launched his own PADS imprint last year, a variety of diverse admirers have been taking note. You’ll note the likes of DJ Spider and John Heckle keeping tabs on the imprint, alongside Leftfield and Akufen, drawn in by Niro’s reluctance to play to house tropes.

One such admirer is Fred P of Black Jazz Consortium fame, who has snapped up an trio of tracks for his own Boards imprint on ‘The P Connection’. With left of centre electronic house quickly becoming a trend this year, this is absolutely on the money cover to cover.

Lead track “Fill The Colors With Soen” hits upon free spirited Detroit vibes, where every single piece of audio has its moment to freak out centre stage before mixing back into a technicolour ensemble. Then “Train Of Vicissitudes” goes for a melancholic piece of chug, driven on but its snappy claps and reflective chords.

However it is Inverted Audio’s chosen premiere that really mixes things up. “Reminiscence” abandons the house template for more IDM inclined territories, sounding like melting icicles as it drifts between thoughtful ambient moments and frosty tense electro sections.

‘The P Connection’ is scheduled for release on 13th March 2017, order a copy from Juno.

1. Fill The Colors With Soen
2. Train Of Vicissitudes
3 Reminiscence