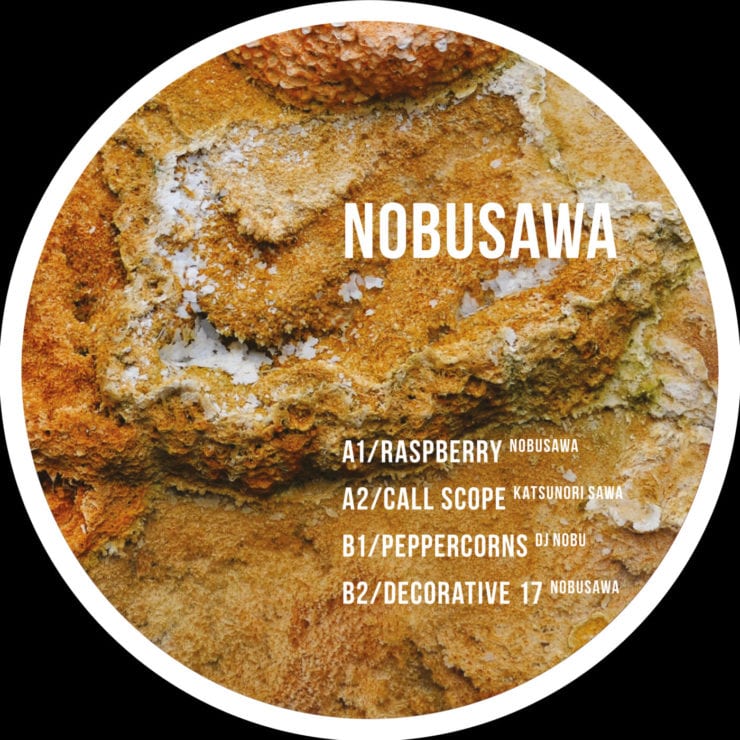 An Optimus Prime-esque dream team of sorts, Nobusawa is the (easy-to-guess) collaborative project of two true-school techno geniuses and master craftsmen. On one side the living legend DJ Nobu, top-tier selector and supremely dextrous deck wizard – lauded the world over for his immaculate mixing and ever compelling vision. On the other side, Katsunori Sawa – chief experimentalist and unlimited groundbreaker, whose genre-busting abilities have been featured through the likes of Opal Tapes and Berlin’s Weevil Neighbourhood. Incendiary, you say?

Plumbing the depths of the pounding techno spectrum and its reverb-drenched extensions, Nobusawa’s debut instalment for Token is a frontally hard going affair. Comprised of two solo cuts and a pair of collabs, the EP articulates both artists’ idiosyncrasies into a new order, offering an equally interesting port of entry into their solo universe, as it shows us the birth of a distinct new entity. Perhaps the most striking example of this unique symbiosis, the gut-churning ‘Decorative 17‘ blows up all the dykes with fracas and uproar, steamrolling onto the closest dance floor like a panzer in a china shop. As ruthless a number as Nobusawa makes for a peerless alliance, this one’s geared to whip up the crowds into a serious frenzy.

Nobusawa EP is released via Token on 21st June, pre-order a copy from Juno.

Discover more about Nobusawa and Token on Inverted Audio.