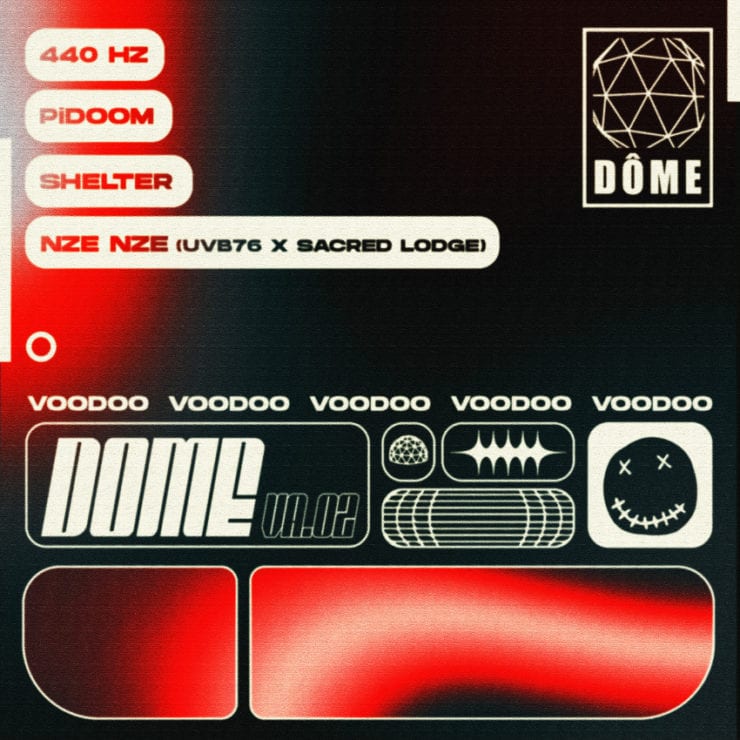 DÔME is a new label from the team behind Astropolis Festival. Their second VA compilation is a chance for them to showcase local artists involved with the festival, in particular those who play on the stage after which the label is named.

Born out of a residency at Red Bull’s Paris studios, NZE NZE is a new project made up of Sacred Lodge, who also makes music under the name Coldgeist, and UVB76. It’s not the first time the artists have worked together. However, it’s the first time that they’ve released music under this new collaborative alias.

‘Me Ve Zimi’ means I am lost in Fang, a language which is spoken by around 1 million people in regions of Central Africa. The track is a fine example of the type of twisted electronics that the producer’s favour, hypnotic and haunting with an industrial edge.

‘DÔME VA​.​02’ is scheduled for release 9 July via DÔME. Order a copy from Bandcamp.