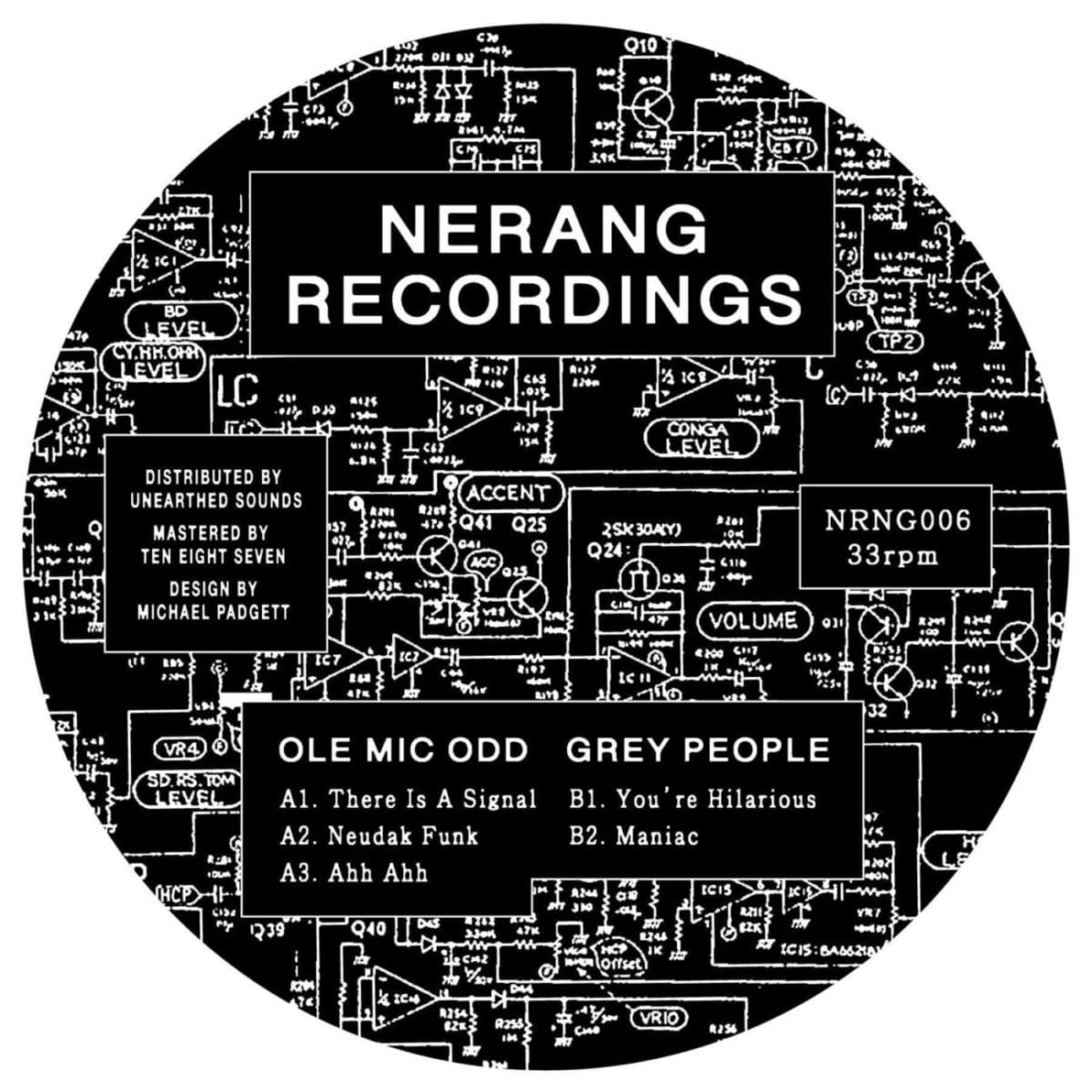 Hailing from LA via New York, Michael Padgett aka Ole Mic Odd may not be on too many people’s radar just yet but his last string of releases for Up North Records, New York Haunted and 99cts Rcrds shall help upset your orders of priority. Fusing the rawest drum programming with hazardous 303-driven bass, laser-battle blasts and a hefty dose of coarse-grained tape saturation, the US producer’s making a name for himself as a cold-blooded dancefloor annihilator.

On his latest for Aussie imprint Nerang Recordings, which takes the shape of a split 12″ alongside Nashville’s Alex Michalski alias Grey People, Padgett lifts a sensual fury of muscular beats, sweaty basement ambiences and catchy Chicagoan melodies – fully dedicated to getting the dancers’ minds into the zone and booties twerking as if it were Nicki Minaj’s birthday. Bringing the acid on, our pick ‘Neudak Funk‘ is a wild jacking weapon, tailored for these moments in the club when the strobes flash hard and sweaty bodies draw dangerously closer. 100% NSFW, 18-rated material.

NRNG006 is released via Nerang Recordings sometime in August.