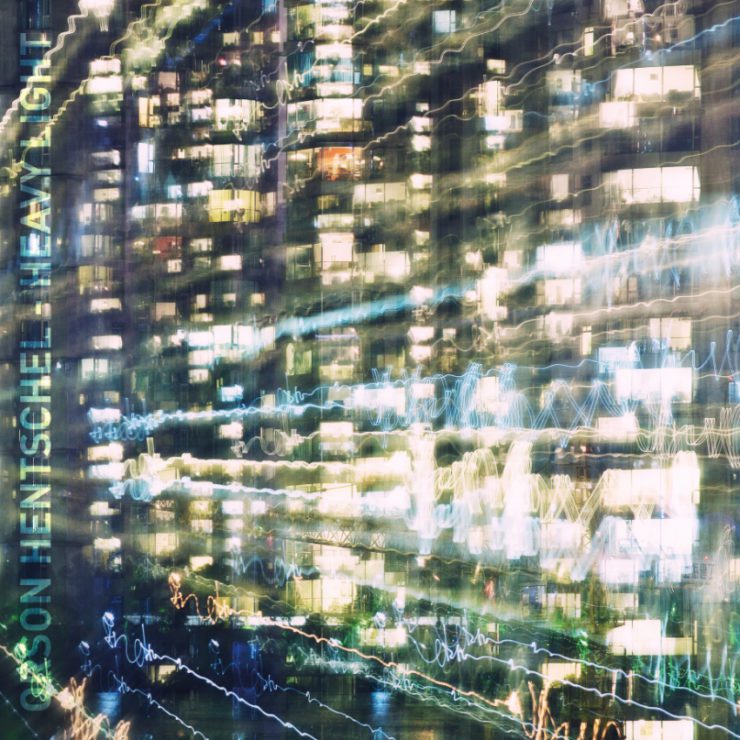 Denovali Records make a welcome return to releasing music with their first of 2022, Orson Hentschel’s expansive new album, and the fourth to his name, ‘Heavy Light‘.

‘Heavy Light‘ plays out over a trifector of art and visual platforms, from the 8-track album itself to a live performance and film installation, futuristically imagining his version of what an album can involve, tying together film, dance, and music to achieve his vision.

Drawing inspiration from the first lockdown in Berlin, Hentschel’s eye was drawn to the proliferation of light as the most dominant sensory input in the German capital, in the absence of the sounds that grant much of a city’s identity ordinarily — a fact that grants a deeper understanding of the meaning behind the title.

The album’s second track, ‘Antenna Window‘, initiates the listener for the full album experience. Curt drum breaks roll in over the top of a writhing bass, mechanic in it’s repetitions, and yet somehow somewhat representative of a living identity. Blasts of pitched strings and flute grant hair-raising increases to the intensity of the track as it leaps forever forward. Once again Denovali provide us with material that, on a bare component level only, is relatively familiar territory, yet bound together by an artist who creates something scintillating to listen to.

‘Heavy Light’ is scheduled for release 27 May via Denovali Records. Order a copy from Bandcamp.