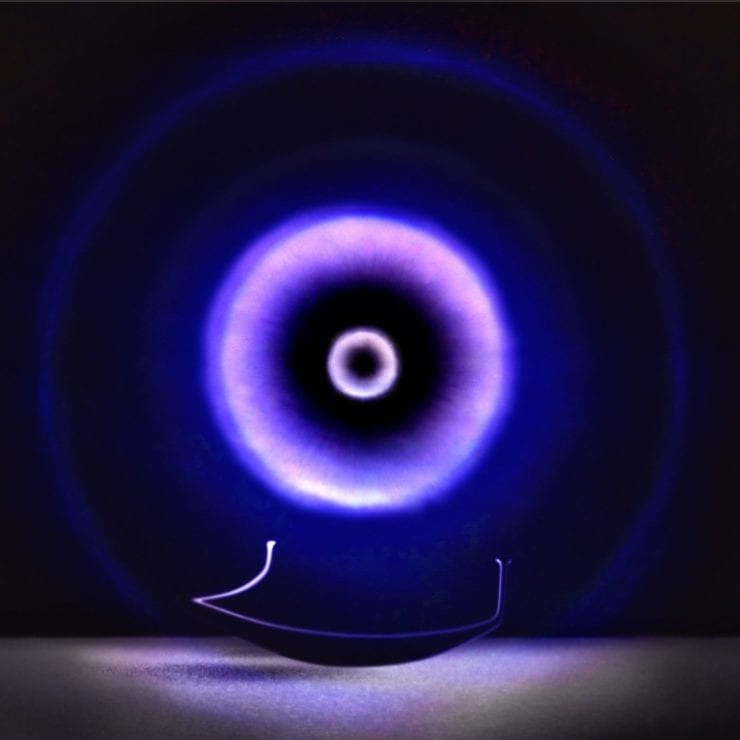 Sophie Schnell’s PYUR project arrives in limbo via experimental exponents Subtext with a flutter and a crash: equal parts chaotic and peaceful, it’s a collective hallucination that merges mortal forms with the realm of the underworld.

Acting as auditory psychopomp (those who deliver the souls of the dead to their final resting place), Schnell explores that which exists at the periphery, and those things that travel over the borders.

Standout ‘Manta Ride’ exemplifies the boundaries pushed. There is something enticingly classical in the composition and the techniques, but through strange evolution the final product sits closer to the world of glitch and braindance.

Stirring gently, ‘Manta Ride’ starts with mysterious plucked strings and stuttering glitched mechanics. At the turn of a key the tone shifts into slow-mo futuristic sludge-breaks, cut by a serrated sound design that rears up through deconstructed baroque madness. Choral slices dream upwards through the mix, fading in and out of tattered remains of drum licks as half-heard shadows of club music echo in the chamber.

A 5-minute hypnotism, the track ushers the listener through a mesmerising world that constantly eludes, pulling away just when the rippling reflection starts to clear. PYUR shows a total mastery of crescendo and caesura, wielding both to dizzying effect, never allowing a moment to predict where the next avenue turns.

‘Oratorio For The Underworld’ is scheduled for release 10 October 2019 via Subtext Recordings. Order a CD or digital copy via Bandcamp.

Discover more about PYUR and Subtext Recordings on Inverted Audio.