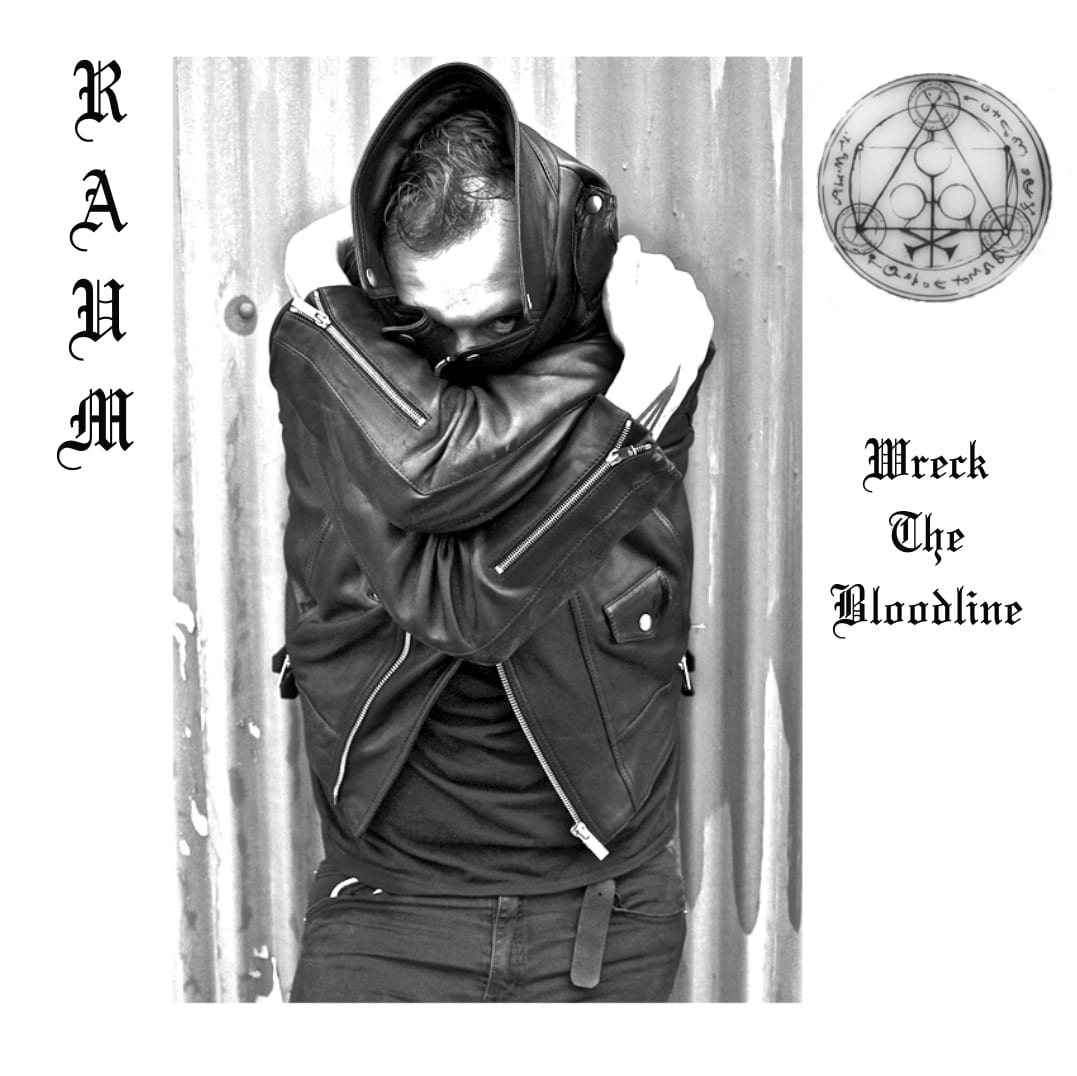 Tremendously active over the past decade, Belgian noise producer Yannick Franck has been laying the foundations to a sonic universe better tasted in murky basements with the strobes on. Convulsive, harsh and deliberately unsettling, Franck’s music may have taken on different guises throughout the years – Outlaw Compound, Raum, Black Swords, Y.E.R.M.O., Idiosyncrasia… – its various paths and ways seem to lead to the same sun – a black, collapsing nova of sharp mirror slivers, flayed riffs and cyclonic analogue winds sure to get the pressure gauge past the redline.

Franck’s debut album on Glasgow’s Clan Destine Records as Raum doesn’t depart from such ideals of dance music obliteration, blurring the lines between chaotic soundscapes and flaring commotion. If its title – ‘Wreck The Bloodline‘ – openly refers to “the central concept of wild hybridisation and crossbreeding“, it is also true that the music breaks all sense of genre lineage, even within the noise scope. Our pick ‘Sakti‘ throbs with feverish rhythmic thrills, drowning its guitars and machines in a thick sauce of tar-like goo and deafening saturations. A revolt in sound, brutal and abrasive to the fullest, but whose burning power also feels harnessed with optimal control – no matter the violence of the sonic storm going on. Massive in all regards.

Wreck The Bloodline is released via Clan Destine Records on 14th September.

A1. I Was Dora Suarez
A2. Counter Initiates
A3. Sakti
B1. Come Home
B2. Siv
B3. Temporary Islands