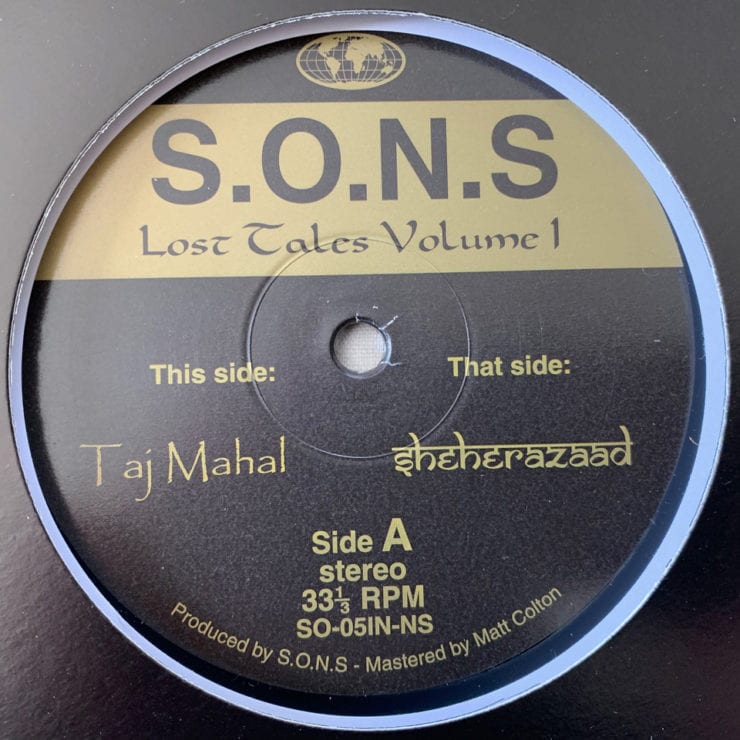 Following on from the final instalment in his dazzling four-part sonic exploration of Tokyo’s districts and neighbourhoods, the elusive S.O.N.S strikes again with the first chapter in a new series, ‘Lost Tales Vol.1‘. This time voyaging to the realm of maharajahs and land of the Arabian Nights, the mysterious South-Korea based producer keeps things moving with matchless style and utter production bravura.

If the A-side will undoubtedly draw most of the attention with its impeccably blended-in mix of swirling strings sample, stealth acid lines and epic jungle buildup taking cues from a salad-days Prodigy, the B-side ‘Sheherazaad‘ runs a more nuanced gamut of smokey jazz shades, nightly ambient and oriental folk.

Hop on board the magic carpet and let your mind drift towards an ancient Baghdad and its busy bazaars to the bewitching sound of softly tinkling wind chimes, infectious double bass pizzicato and oneiric bird calls. Once again setting forth the breadth of his composing and arranging skills, S.O.N.S keeps proving record after record that the sensation of blissful magic felt after listening to ‘Shibuya One Night Stand‘ a few years back was that of the birth and rise of a uniquely gifted artist.

Lost Tales Vol.1 is released on 3rd June, pre-order a copy from Juno.

A. Taj Mahal
B. Sheherazaad