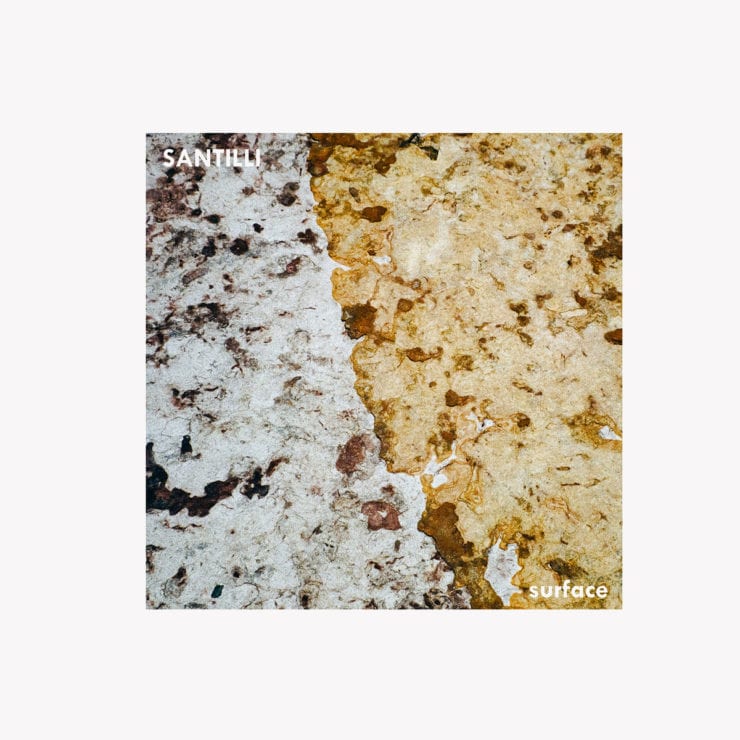 Launched last year with Cass. most excellent latest album, ‘Postclub Prism‘, Into The Light ‘International’ series has since seen releases from Bartosz Kruczyński & Poly Chain and Jason Letkiewicz, alias Steve Summers. For their fourth iteration, the Greek imprint have decided to hand the reins over to a lesser-known producer in the person of Sydney-based multi-instrumentalist Max Santilli.

If you’re familiar with the catalogue of Australian imprint Ken Oath, you’ll recall having heard him on the label’s 2017-issued VA, ‘Breathing Space‘, and as one half of downtempo duo Angophora with fellow producer Jacob Fugar on their beautiful album, ‘Scenes‘, published in 2018. Pushing things further into lavishly textured ambient depths, the present album, ‘Surface‘, which also makes for Santilli’s debut solo effort per se, transports us to jaw-droppingly spacious, otherworldly places.

Traversing widescreen earthscapes as if floating in a slo-mo, evocatively nuanced inertia of sorts, Santilli delivers a truly riveting piece of music that evokes the ethereal serenity of Gigi Masin (think Gaussian Curve and the Tempelhof collabs as well) mixed with hints of Suso Saiz and Brian Eno at his most atmospherically vibrant. Our pick, ‘Dawn‘, is probably the album’s most emotionally submerging slab as its heartbreaking guitar riffs, soft tapping percs and sun-streaked synthwaves merge for an unforgettable finish to an overall sublime debut solo long-player.

Surface is released via Into The Light on 20th September, pre-order a copy from Rush Hour.

Discover more about Santilli and Into The Light on Inverted Audio.