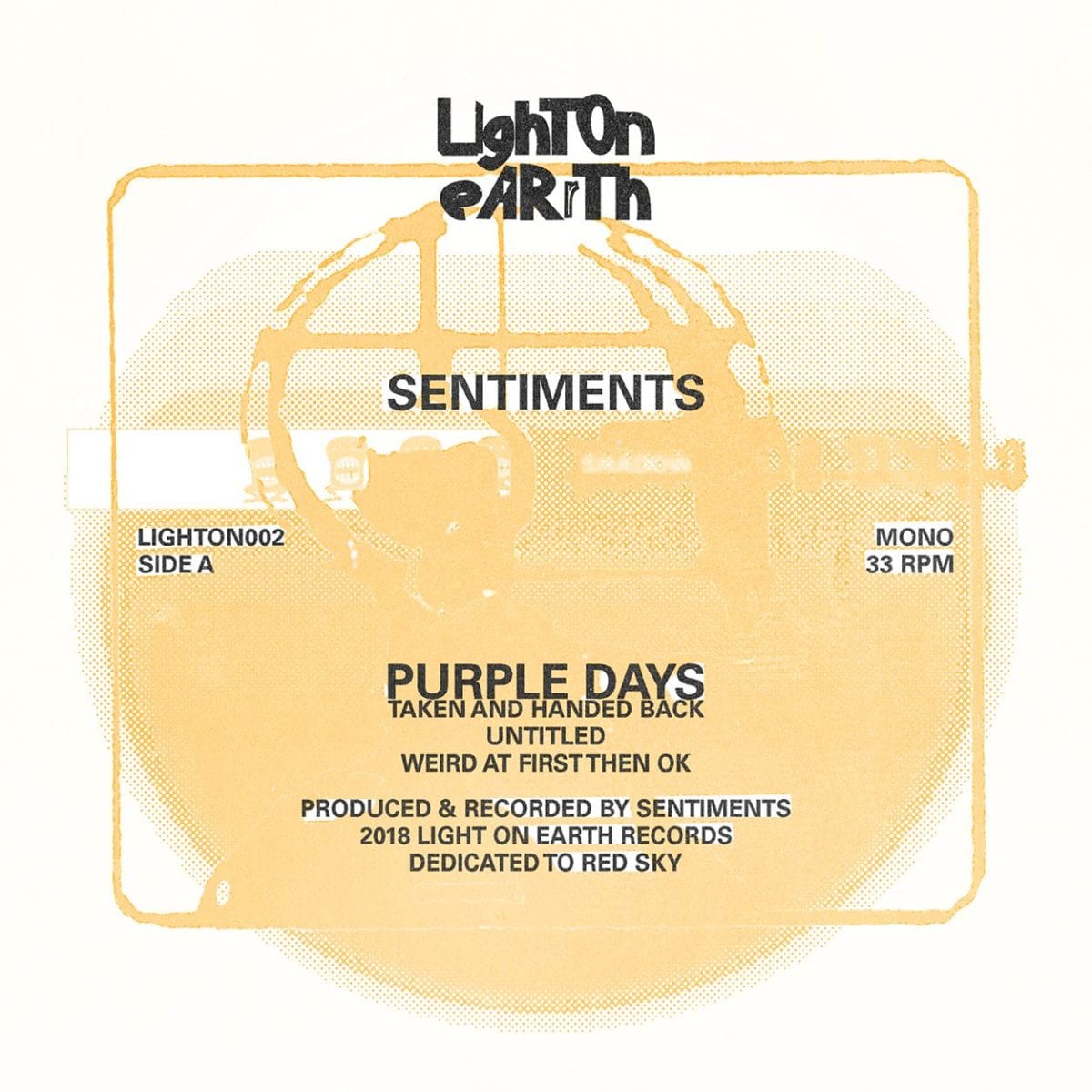 Unlike those who prefer to flood the market to prove their existence, some producers need just a couple outings to demonstrate the breadth and magnitude of their trade; certainly quite a performance in this world, obsessed by flash accomplishments and deterred by all things requiring extended spans of attention. With just a pair of EPs under his belt but a tremendous amount of qualities to share, Lyon-based Arthur Galliot aka Sentiments is one of them.

Back after a promising debut solo effort in 2016, followed by the inaugural instalment of his own imprint Light On Earth alongside partner in crime Franck Gérard last year, the Frenchman returns with the lush and densely organic ‘Purple Days‘, due out mid-April. Featuring four cuts of what he calls a mix of “detroit house, early IDM, breakbeat and tribal rhythms“, Sentiments steps up to the mark and sets new standards for his music: further shaggy, immersive and definitely bolder.

Our pick, ‘Taken And Handed Back‘, melds a lushly detailed sound design with old-school breaks and Andean panpipes for what reveals a fascinating quest across recreated Amazonian landscapes. Deftly threading his way through this luxuriant audiorama, Sentiments conducts a bouncy concert of synthetic bird calls, cascading drums, sun-bathed pads and a fauna of wild instruments playing their part excitedly. A total trip of a tune, multi-layered and vivid as can be.

Purple Days is released via Light On Earth on 13th April, pre-order a copy from Bandcamp.

A1. Purple Days
B1. Taken And Handed Back
B2. Untitled
B3. Weird At First Then OK

Discover more about Sentiments and Light On Earth on Inverted Audio.