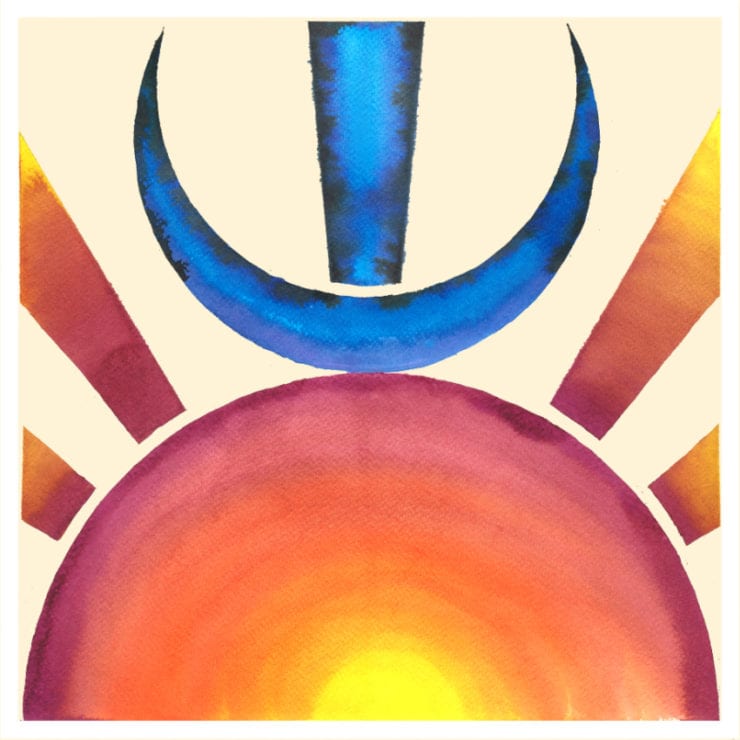 La Forge, a collective of artists from Reims, France, are swiftly gaining well-due credibility thanks to their ongoing ‘Crysta Ampullaris‘ compilation series highlighting top-class music from predominantly undersung artists. ‘Crysta Ensolaris‘, their next release, steps from strength to even greater strength.

Fuelled by an “optimism inspired by the perspective of soon getting back on the dancefloor”, ‘...Ensolaris‘ takes a leap into incendiary and colourful dancefloor wreckers, served by the collective’s core producers Shonen Bat, Nigm, Slowglide, Lebird & Ayuji, and focussed not on a genre but on a mood: grinning faces and fun with friends.

As with the previous output there’s something in here for all the ravers, but Shonen Bat’s ‘Planet Serotonia‘ really makes good on La Forge’s promise of good times and slamming music to shake loose the cobwebs of 2020. Slaloming about across eight minutes, Shonen Bat deals serious damage with this hybrid floor weapon, cutting in classic and deep house, breakbeat and jungle, maybe even a bit of UKG; you name it, it’s in here somewhere. The sonic equivalent of a 2-hour peak time delivered in a fraction of the time, with extra helpings of vibrancy.

‘Crysta Ensolaris’ is scheduled for release 23 June via La Forge. Order a copy from Bandcamp.