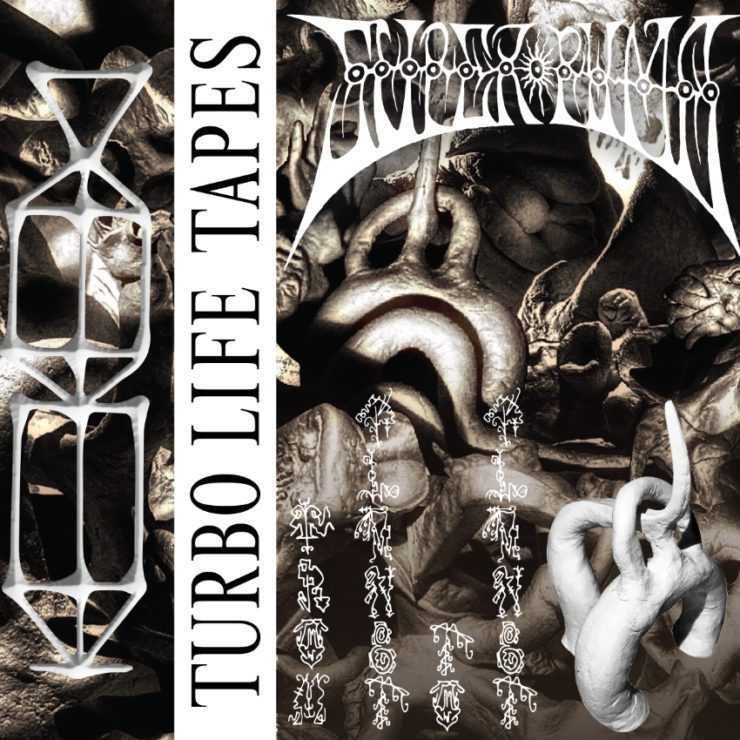 Turbo Life Tapes take their first big step in the world of releases with Superpuma’s ‘From Planet To Planet‘, a six-track tape and digital release exploring mood states on an imaginary cosmic trip.

The scene sets in immediately on hitting play, and throughout the release Superpuma stretches his legs out over a wide array of genres and moods, characterised by a rusty hardware aesthetic that evokes solitary space travelling just as much as it translates to functional dance music here on Planet Earth.

Perhaps the greatest accolade here is the casual use of genre standards, such as electro, breakbeat and downtempo, to divine a feeling or emotion in the music, more than adhere to the oceans of music made in these structures beforehand. Essentially, everything here feels distinctly Superpuma, and very off-world.

‘Uhrew‘ demonstrates this nicely; smooth and gentle at the start, evoking the cinematic opening scenes of 90’s jungle classics, the listener is gradually introduced to the rocking, off-kilter breakbeats, which over time corrode and deteriorate into the sounds of a failing jet engine, still forward-moving but in a spluttering manner. It’s the cherry on top of a great track, showing a producer at his creative best.

‘From Planet To Planet’ is scheduled for release July 2 via Turbo Life Tapes. Order a copy from Bandcamp.