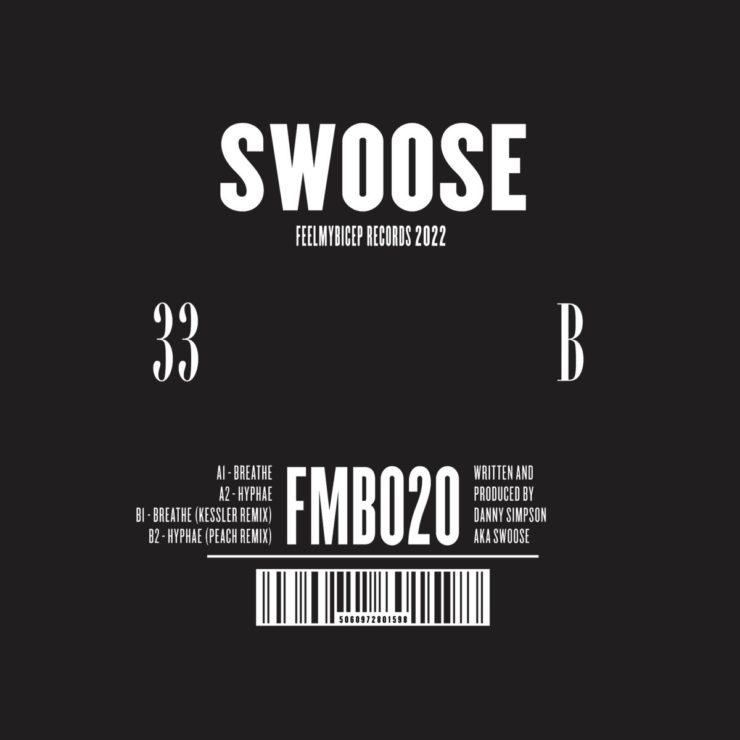 Bicep enlist rising Irish producer Swoose for the first release of the year on Feel My Bicep. Now based in London, the artist’s label debut follows recent outings on Shall Not Fade as well as their Lost Palms sub-label. Fittingly, one Discogs commenter urges Bicep lovers to check out one of the tracks on the Lost Palms release, noting that it sounds like the duo at their best.

‘Breathe’ sees the producer continuing in a similar vein to those previous releases, taking his sound to even greater euphoric heights. The two original tracks here certainly feel festival-ready, perhaps inspired in part by his experiences as a resident at AVA Festival.

On the B-side, prolific producer Kessler and club favourite Peach deliver their own versions. Kessler’s interpretation of the title track injects some extra energy, the Rotterdam via Belfast artist taking the tempo up a notch. Peach’s remix of ‘Hyphae’ is our pick, a stripped-back groove with infectious percussion that’s primed for the early hours.

‘Breathe’ is scheduled for release 28 October via Feel My Bicep. Order a copy from Bandcamp.