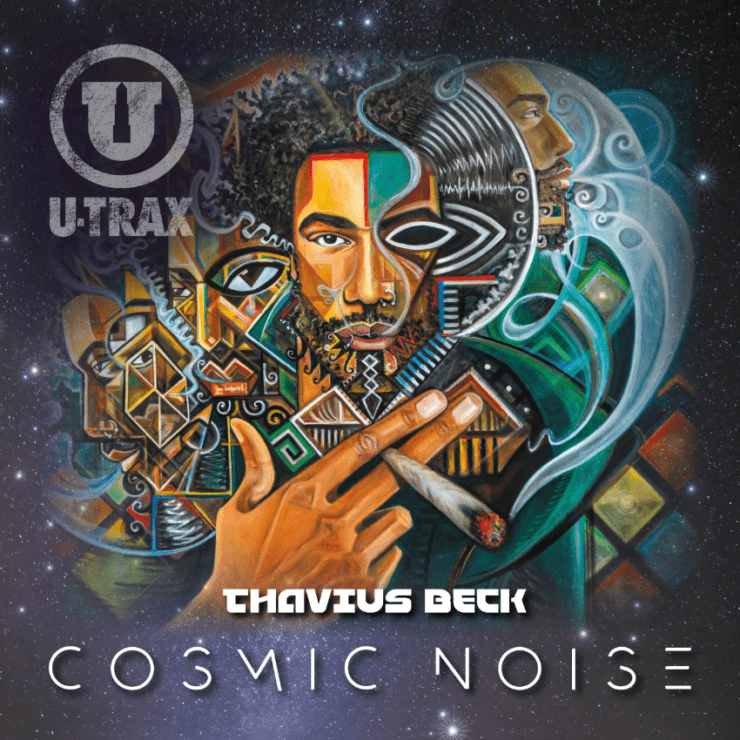 Thavius Beck teams up with U-TRAX to deliver an EP and an LP that blur the lines between hip-hop and techno. Since the Dutch label’s first contact with the NYC producer back in 2018, he’s sent over 100 tracks, the best of which are compiled on ‘Lovesick’ and ‘Cosmic Noise’.

Originally from Minneapolis, Thavius moved to Los Angeles aged 16 and, forming the group Global Phlowtations, subsequently began his music career. After three full-length projects with the group, he began putting out music under his own name in the mid-2000s. Extensive collaborations with a wide range of artists followed, helping to cement his reputation as a versatile and diverse artist.

Thavius has always had a knack for crafting unique compositions. While some of the tracks on ‘Cosmic Noise’ are up to 20 years old, the project is remarkably cohesive. Our pick from the album is ‘Coordinated Will’, a stew of gurgling bass, cowbell and snares.

‘Cosmic Noise’ is scheduled for release 9 July via U-TRAX. Order a copy from Bandcamp.