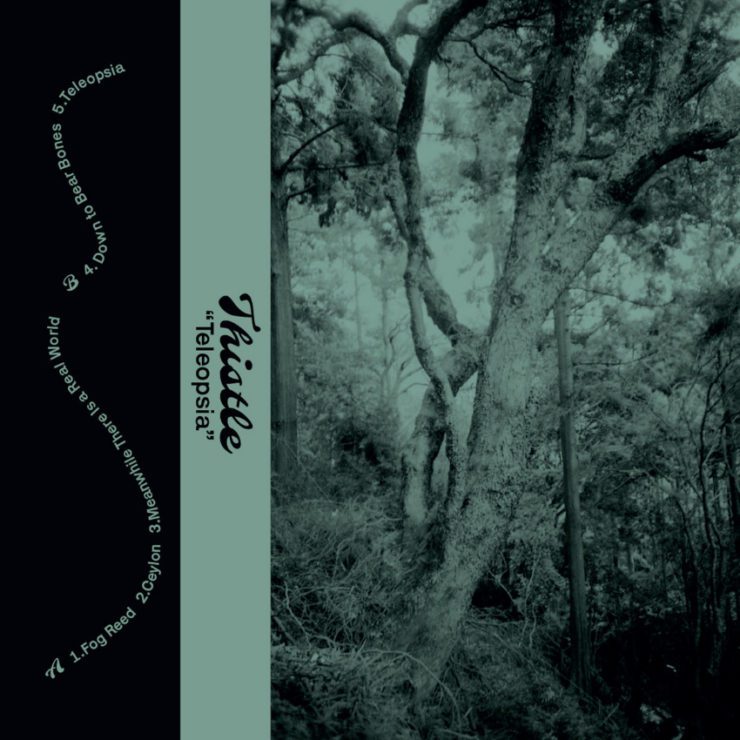 Stoned to Death, an experimental-facing label with an unconscionably broad-spectrum catalogue from the Czech Republic, kickstart their upcoming year of music with the long-awaited release of Thistle’s sophomore album, ‘Teleopsia‘.

A duo that tidily summarises the depth of the Czech electronic underground, Thistle is comprised of Simo Hakalisto and Matěj Kotouček. The pair have been active for years, releasing genuine, high-quality music in various group and solo projects such as Shakali, Sky To Speak, and Loops of Decay, and came together as Thistle after a series of organised hardware jams resulted in the pair being left alone with their machines.

From here, the pair have grown extensively in their sound, especially so with the release their finest statement yet. It’s an excellent name for the album: ‘Teleopsia‘ defines a disorder whereby the eye struggles to calculate the correct distances of objects, not coincidentally a genuine felt effect of soaking in their live performances for any longer than a minute. While it’s no substitute for the real thing, on ‘Teleopsia‘ the time stretching nature of their performance is brought to the fore.

Our premiere, ‘Ceylon‘ showcases a vibrant and colourful sound palette, one which does not hold across the 5-track release (‘Down To Bear Bones‘ in particular being something of a polar opposite). It does, however, show off their adept skills at building immediately immersive structures in sound, and the pair’s ability to phase a lead element into a more atmospheric role, and back again, without any discernable bump in the journey. This one is magic; plain and simple at the surface, unfathomably deep beyond.

‘Teleopsia’ is out now via Stoned to Death. Order a copy from Bandcamp.