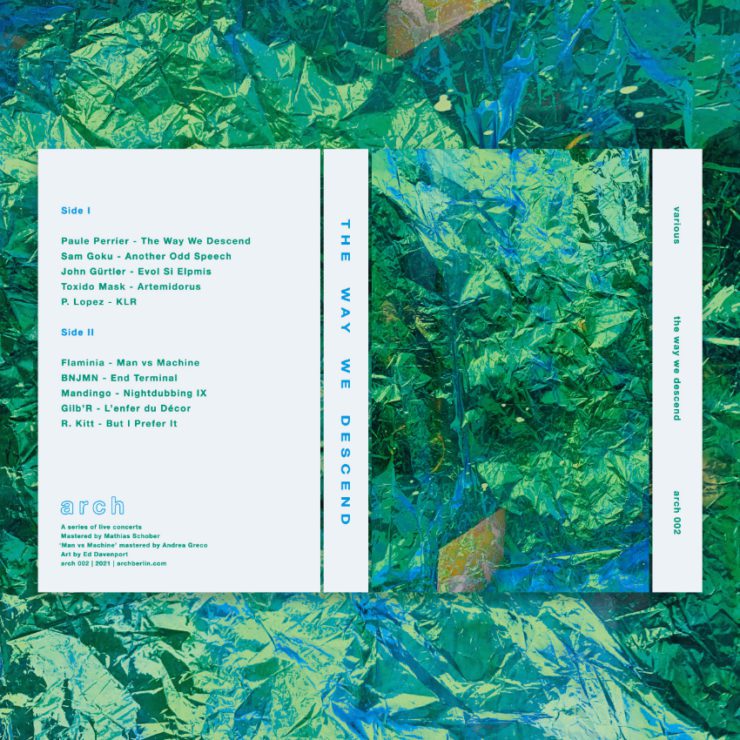 Following the release of their debut compilation ‘Life On Small Planets‘, Arch take the second step into label territory with a second V/A cassette, ‘The Way We Descend‘, featuring contributions from R. Kitt, Sam Goku, BNJMN and Toxido Mask.

Arch began in 2020 with a carefully curated series of live events engineered to provide comfortable, socially-distanced events for a clubbing capital in disarray during COVID’s first wave in Europe. The success of the series gave birth to ‘Life On Small Planets‘, which featured music from many of the artists who gave performances in the first series of events.

‘The Way We Descend’ leans further into their pool of talent, digging up personal music from artists in the experimental and avant-garde scenes, with featured musicians like R. Kitt and Sam Goku also known for their more traditional dance music.

We’re excited to premiere ‘Artemidorus‘ from Toxido Mask, the alias of Berlin-based producer Julia Lipniewicz, who also co-runs Catharsis events in Berlin. Her track is a deep-dive into tangible ambient music, hinged on a rolling bass that purges the space between the ears with pleasantly disorienting frequencies, gradually fading into a blissed-out ending. Impossible to ignore, but not taxing on the mind, it’s a masterclass in state-shifting music for non-club environments.

‘The Way We Descend’ is scheduled for release 5 October via arch. Order a copy from Bandcamp.