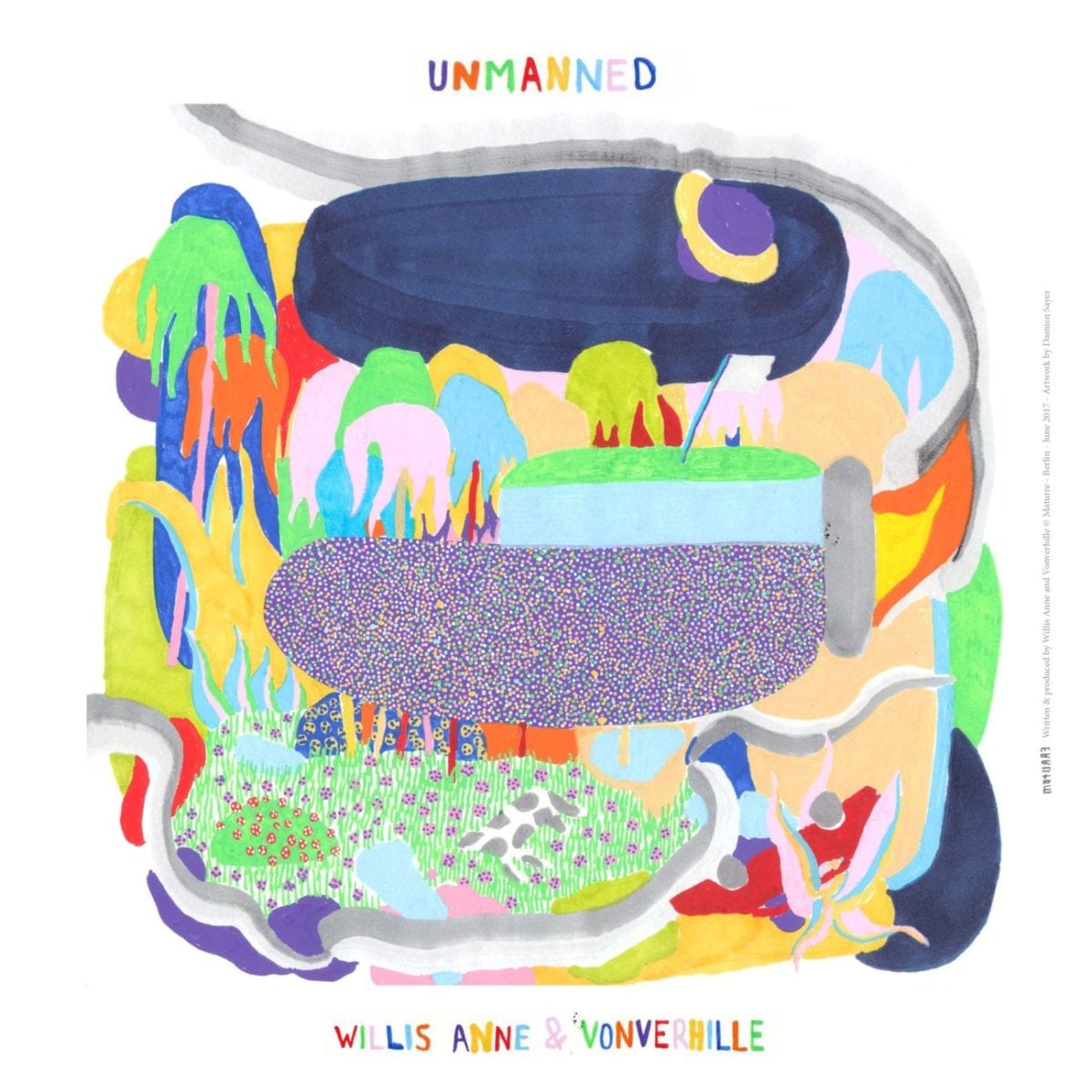 Started last year with an inaugural split tape from label owner Vonverhille and Punk Is Dada, rapidly followed by five other records, Maturre are now back with their seventh instalment and debut 12″ release – ‘Unmanned‘ – courtesy of LAN mastermind Willis Anne and the honcho himself.

Blurring the lines between the notion of finished product and work-in-progress as their title may suggest, these two tracks brush a Janus-faced picture, skillfully walking the line between post-industrial roughness, acid corrosion and liquid dub atmospherics.

Our pick – ‘wav1‘ – is a taut, AMUS style slo-mo burner, creeping like a ghost train along the rust-eaten rails of some disused line at night. The station gets closer and the pressure keeps building as shapeless masses of phantom passengers bunch up on the platforms. You try and slam on the brakes but an invisible force stokes up the boiler instead, rushing the locomotive straight into the twilight zone. A full-on hypnotic, high-strung techno treat.

Unmanned is released via Maturre on 23rd June 2017 in a black colored vinyl 140g – edition of 300, with black and white printed label, white inner-sleeve and colored / illustrated poster insert.