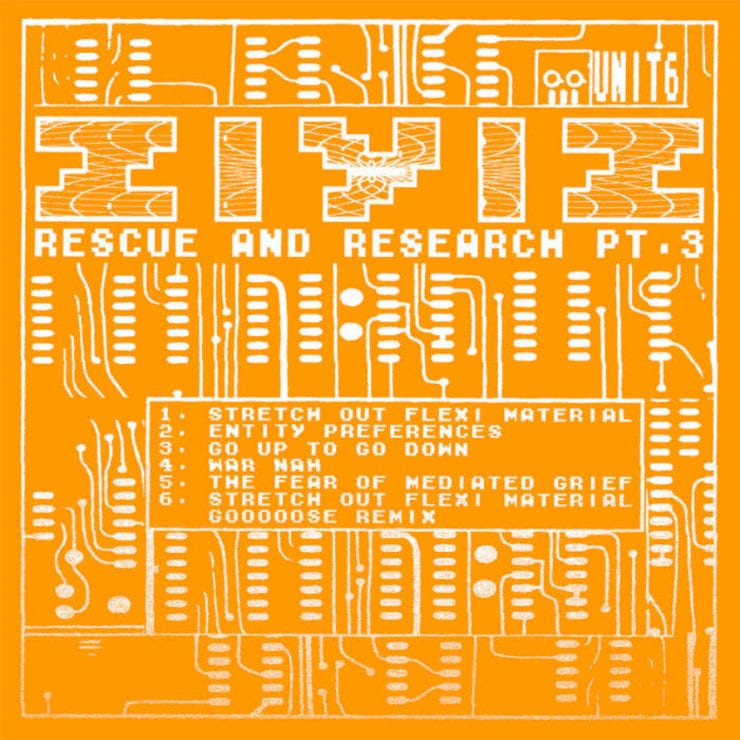 Failed Units summon the mysterious Leeds-based Ziyiz for a 6-track EP of experimental scuzz, topped with a cherry of a remix of the lead track, ‘Stretch Out Flexi Material‘, by Shanghai’s GOOOOOSE.

The Shanghai native grabs the source material’s already loose grip on reality and dials up the strangeness by several factors, twisting it into a deconstructed sensory assault. A kickdrum forms an inconsistent focal point to hold together the various components: brief vocal blasts, flipped samples and nearly militant drum programming.

The inconsistency of the kick plays with the listener’s sanity, arriving on-the-dot at times, and others half-seconds away from neatness. It lends the entire remix an erratic sway, punctuated by metallic outbursts that gain cohesiveness, but never take on an appearance of coordination.