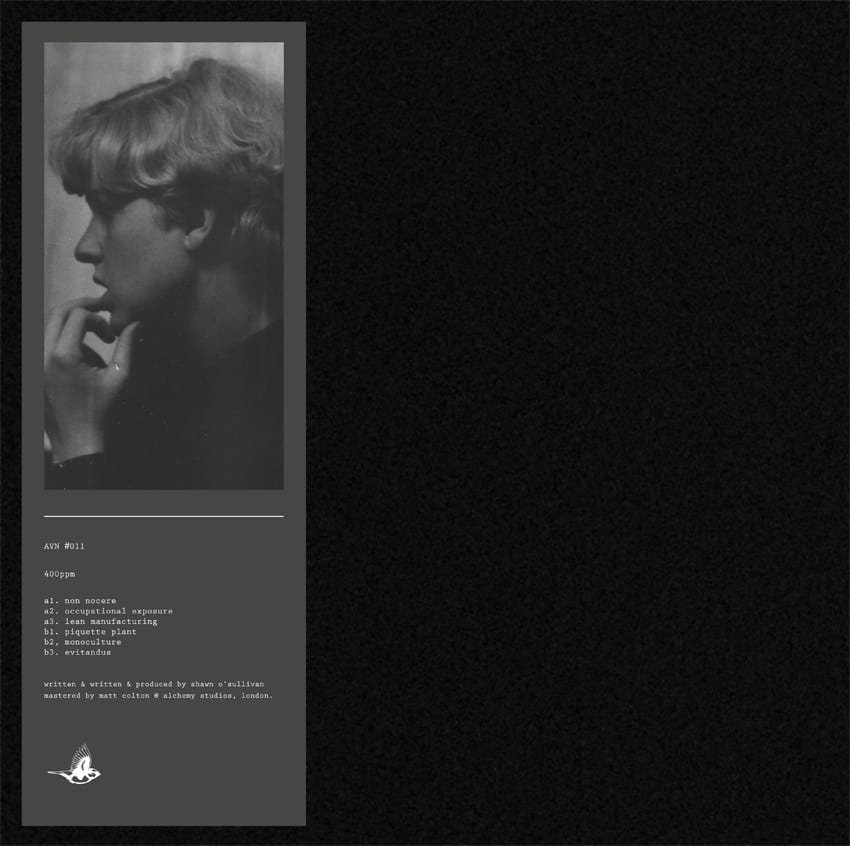 400ppm is the new alias of Shawn O’Sullivan, an artist who may be better known as a member of Led Er Est – one of New York’s recently rising new wave band – now a dedicated practitioner of hard, bleak techno. His first, sober-mindedly untitled work as 400ppm is a collection of 6 tracks, and comes on Shifted’s Avian label, recognised as one of functional techno’s true monolith imprints, and at this point only selects a handful of artists get to release music on the label.

AVN011 opens with Non Nocere and ends with Evitandus, two short and beatless compositions of noise sculpture. Between these two frames things get serious on several occasions. First, when Occupational Exposure kicks in: its fast pace and tight rhythms foreshadow some well-crafted techno for DJ use at its best. Only the beats seem to matter in AVN011’s variations, which are quite exemplary and make the tracks operational in all types of club environments.

It would be a mistake though to categorise the EP as a style-over-substance affair: the 4/4 structure dominates the EP, but the texture gives them real space to do so. For instance, Piquette Plant’s concrete echoes dramatically broaden the sound palette of the release, whilst Monoculture ventures into less minimalistic and more adventurous fields by allowing more layers behind the drums. As a result, 400ppm’s debut might radiate too much straightforwardness, and yes, sometimes it is excessively focusing to the point, but one can’t deny its cleverness and execution.