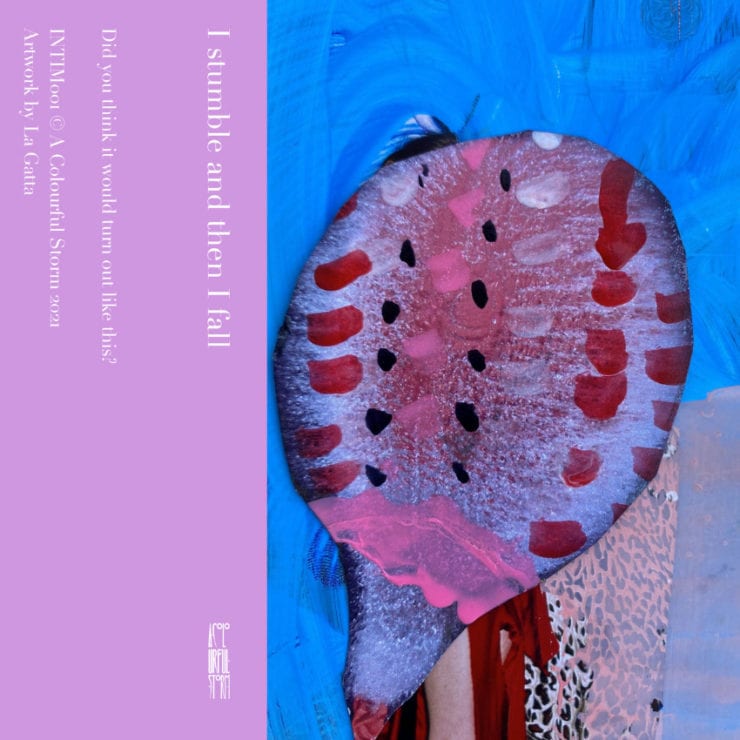 Reputation can be a double-edged sword in music. If people dig your first few releases then your next ones are probably going to have an audience, but an audience comes with expectations, opinions, misconceptions, all of which are powerful and flighty little devils in deciding whether a song clicks with you or not. While the giddy excitement of a fan can give a track all the more oomph, the confusion or outrage of a disappointed listener can make for a much bumpier landing.

Aussie label A Colourful Storm have sidestepped this quandary with their latest compilation, ‘I Stumble And Then I Fall‘, by inviting all of the artists to contribute under a new alias, with their true identities set to be revealed throughout 2021. I wouldn’t be surprised to see some of these names stick about though – once you’ve recorded as ‘Chandelier Appendage’ how do you ever go by anything else?

I’ll hold off making predictions as to who’s behind the music here (I’d hate to spoil the fun for anyone else who wants to play this rather niche edition of Guess Who?) but given A Colourful Storm’s penchant for the obscure I think it’s fair to assume that none of the acts are household names. Still, you’d expect the total anonymity afforded by an alias to churn up some fresh creative juices, as seems to be the case here.

Throughout the compilation there’s a subtle sense that boundaries are being stretched and new, strange avenues explored. On ‘Gwen’s Pen‘, Silzedrek bravely – and successfully – sets a slinking Eastern guitar line against a skewed dungeon-jazz backdrop. Marauding synths and metallic screeches quiver in and out of the mix on Mental Age Test’s ‘The Sanj String Instrument‘, teetering on the edge of discomfort but just about managing to stay cordial.

Similarly, Dugong’s contribution employs a wheezy, semi-comprehensible vocal that could be a respected elder trying to pass on his wisdom or the nonsensical ravings of an old lost soul on a street corner – either way you’ll probably learn something profound if you listen hard enough.

Elsewhere things are more gentle. Adolescent Behaviours conjure up a vista of drifting drums and half-heard samples that seems to hang in the air before you, waiting patiently to be examined, while Lucinda’s glass-eyed, tear-smudged take on minimalism could be Okkyung Lee jamming with Malvern Brume (for the record, I don’t think it actually is). Less soft but just as affecting is Chandelier Appendage’s ‘Two-Stomached Ouroboros (Abridged)‘; a wonderful, snarling, lo-fi clamour that sounds as if a guitarist has been plucked from early noughties New Zealand, dropped into the shit-show that is the present day UK and forced to improvise in a tool shed.

Of course, without knowing who these artists are it’s hard to know the extent to which each one is stepping out of their comfort zone, but I stumble and then I fall stirs up interesting thoughts regardless: How much has your name shaped who you are? If you had a different one, would people treat you the same? And if you could ditch yours and start again, would you want to? I don’t know the answers, but I sure do like how the questions sound.

‘I Stumble And Then I Fall’ is out now via A Colourful Storm. Order a copy from Bandcamp.