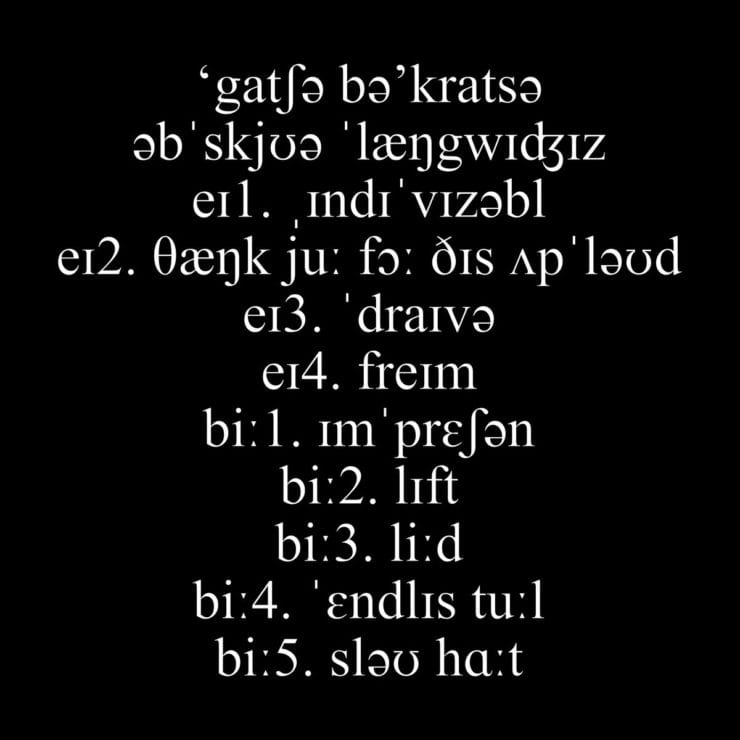 Gacha Bakradze goes to great lengths to get the best out of his influences. On ‘Remember‘, his debut piece for Apollo in 2012 (as Gacha), he used catchy melodies and long guitar solos over a sunrise worthy Mount Kimbie-esque rhythm, making the track a perfect summation for the post-dubstep era. Later, he signed for a kaleidoscope of labels and released house tools upgraded with breaks and more catchy arrangements (as Bakradze), wrote big room electro for Oliver Hafenbauer’s Die Orakel, and even had some dalliances in trance for Above & Beyond’s Anjunadeep.

‘Obscure Language‘ is the Georgian producer’s second IDM-rooted album for the Barcelona-based experimental label Lapsus Records, and contains some of his boldest, most artistic work. It follows 2018’s ‘Word Color‘, a collection of beautiful music occasionally calling to mind early Telefon Tel Aviv or Joshua Eustis’ recent Second Woman. It has brought some long-deserved fame for Bakradze, and ‘Obscure Languages‘ is the rare achievement, when a follow-up is not just recycling ideas, but can introduce more ideas to the listener.

The record begins with the longest track, the almost 8-minute ‘Indivisible‘. This decision for the start radiates confidence, and Indivisible is an attention-grabbing opening indeed; its melancholic synth theme stops time for a second and sets a perfect tone for the album. After the 4-minute mark, electro style beats set things in motion, and while the remarkable synths and warmth quietly reappear in the background, we hear a totally different music now. This duality of organic and technical wholly characterises the entire release.

Later, Bakradze ventures into heavier territories: ‘Thank You For This Upload‘ is one of the most dancefloor compatible tracks on the record, ‘Endless Tool‘ uses some drum and bass patterns; ‘Frame‘ is vintage futuristic machine music. Their subtle details and powerful melodies are where the artist really shines though. Obscure Languages manages to produce some of the most beautiful sounds without being kitschy or blunt; its hauntingly mesmerising ambient wallpapers often feel like silk on metal. Even the beatless parts seems intriguing: ‘Impression‘ recalls Nathan Micay’s masterful Industry OST, while ‘Slow Heart‘ has a post-rocky, Mogwai vibe.

Bakradze’s warm tonal shifts and his perfect, instinctive rhythmic choices create some of the most beautiful utopic longing we need after a brutal 2020. Despite its many ideas, Obscure Languages never feels claustrophobic, it has fresh air everywhere.

‘Obscure Languages’ is scheduled for release 22 January via Lapsus Records. Order a copy from Bandcamp.