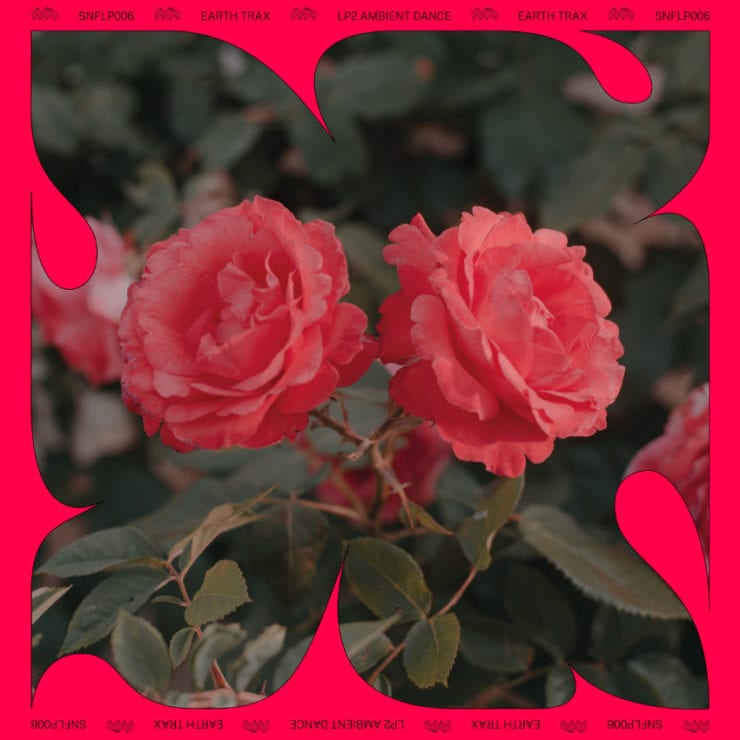 Given the diabolic parameters of 2020, at least thank fuck, there is a steady flow of dope music keeping our souls alive, and our feet shuffling… steady 1-2 steps, and a side to side through the rest of it eh. Giving us some living room dance sessions (for the time being), and bursting unapologetically back into form is Earth Trax with his new album ‘LP2‘.

‘LP2‘ is Bartosz Kruczyński aka Earth Trax’s second effort of the year, after his earlier debut ‘LP1‘, both released on Shall Not Fade, and both have been welcomed occasions… much like the reopening of a country.

‘Purge‘, the opening track is a somewhat chaotic introduction into the album, and perhaps fitting? Pumping industrial laced techno almost as if to spread a little dissonance in an erstwhile dreamscape LP. Luscious melodies ensue after the bedlam that once was before, and the scope that Bartosz Kruczyński loves to express himself through lofty house, acid, ambience, sprinkles of techno and serene adventures all start to come into play.

An extension on his ideas in earlier releases, you get the sense that there is a point to prove, Earth Trax’s tracks flow like cursive, and it’s really hard to find a misstep in ‘LP2‘, further there are so many standouts. ‘Ambient Dance‘ for one, with it’s warped melodies and vocal samples being reminiscent of a fresh bump just before a headliner, the harmonies twisting it’s hypnotic rhythm as you warble into bliss… gimme some MORE!

For another, few feelings compare to the sense of melancholia and nostalgia brought about through listening to ‘Trust Me‘. Delivered in the crux of the album, warm synths fly in and out of the airy drum pads… forgot your worries, forget your fears, this song embodies those moments that make everything else disappear. TINGLES.

But wait, there’s more: ‘Dark River‘, ‘After The Rain‘ and ‘Have You Ever‘ are to the same point Earth Trax is laying out in these deeply charged and emotive tracks… perhaps to enjoy ourselves regardless of what’s going on?

Like we need an excuse though. In a time where you can’t go to a club and dance, where there aren’t festivals or events for now, Bartosz gives us an album you can enjoy anywhere, doing almost anything. In a sense, this is what’s needed, and I sincerely hope Earth Trax gets the recognition he deserves for these releases.

Earth Trax’s LP2 is out now via Shall Not Fade, Order a copy from Bandcamp.