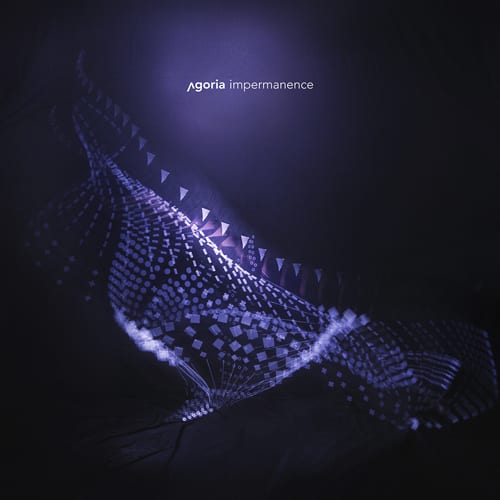 Agoria AKA Sebastian Devaud serves up his third album ‘Impermanence’ on InFiné. Featuring vocals from Carl Craig, Seth Troxler, Scalde and Kid A, this is an album to cherish for a very long time.

Since his teenage years Sebastian Devaud has been hooked on electronic music. An early encounter of Jeff Mills playing live with a set up of 3 turntables and a drum machine triggered a dream of analogue fuzziness and sonic intricacy. No doubt this dream provoked him to experiment and produce his own music and compositions hence his moniker Agoria.

Sebastian Devaud has a wealth musical experience at his fingertips, not solely music production but also as a record label and festival owner. His passion for music and entertainment is unparalleled. Since starting his Lyon based label InFiné and festival Nuits Sonores, Sebastian has revolutionised Lyon’s perception of electronic music, art and lifestyle. He has truly taken on both his local government and the music industry with true wit and determination, which I admire and means that if Agoria is releasing a new album, I’ll give it my full attention.

Impermanence opens with a beatless repetition of three piano notes with only the addition of a violin, bell and the voice of Agoria’s recent Balance 16 discovery Kid A. ‘Kiss My Soul’ gently immerses the listener into the album, as if giving you a moment to reflect before leading you into Seth Troxler’s trademarked whispers and hazed skies of ‘Souless Dreamer’.

Like with many InFiné artists, such as Aufgang, strings and piano resurface throughout the album. When it comes to the more dance orientated tracks, take your pick there are many to choose from, ‘Libellules’, ‘Little Shaman’ and ‘Panta Rei’ are all superb. For me ‘Speechles’ is the stand out track for lovers of deep house. A smooth as fuck beat pummels throughout the track whilst Carl Craig whispers his sexual fantasies on top of it.

‘Heart Beating’ is another stand out track on the album and features the wondrous and engaging voice of Kid A. It is very much more Pop than other tracks. A shuffling drum beat and strings accompanied with Kid A’s voice creates a dramatic song.

Impermanence is an album that demonstrates Agoria’s versatility of deep driving rhythms, loving melodies and classical compositions for both the dance floor and home listening. The addition of vocals from both Carl Craig, Seth Troxler and Kid A is a great move by Agoria to open up his album to different crowds and listeners, whilst demonstrating continuity with his previous work he also shows that he is capable of producing tracks that are not just for the dance floor,  a sign of maturity, knowledge and control.