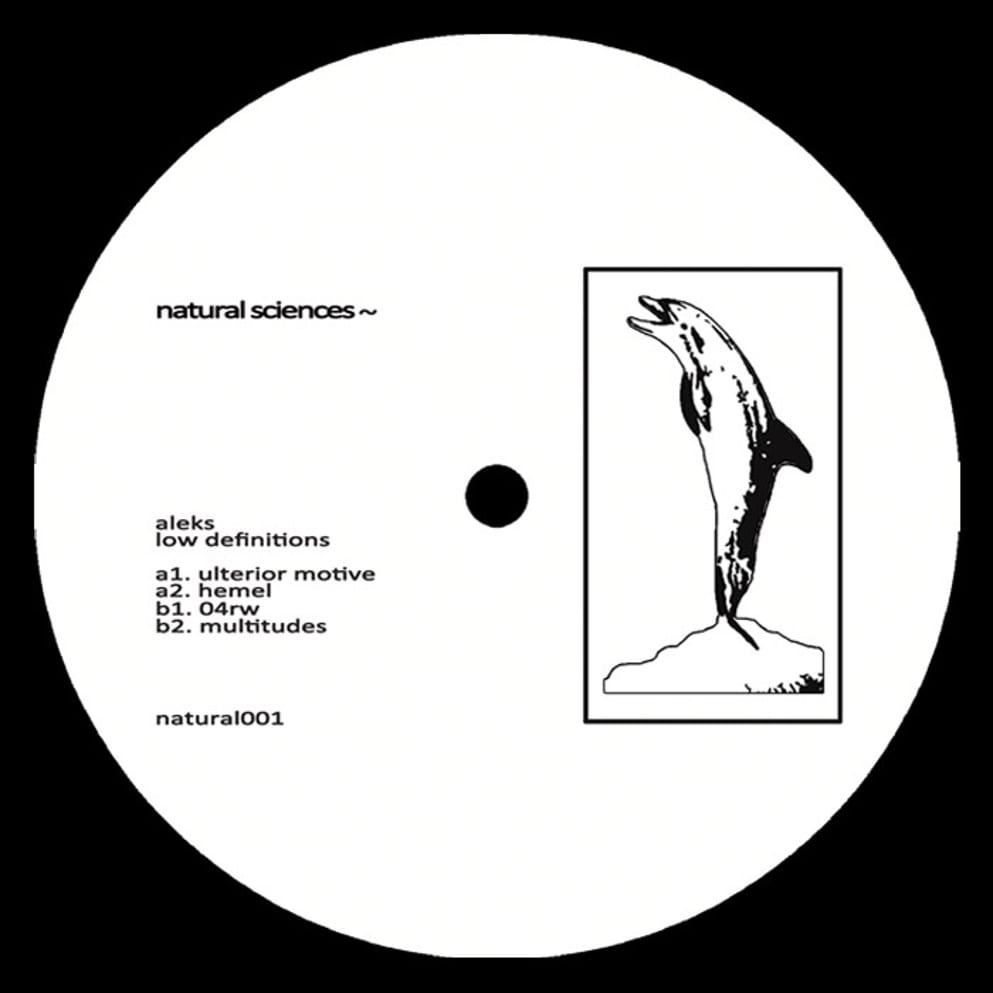 With the lo-fi house scene growing bigger from day to day, it’s easy to get lost in the gap between simple aesthetic considerations and real creative worthiness. Where dust-drowned keyboards and machines bring a truly efficient impact isn’t always where you would expect it the most, vintage-sounding FXs often camouflage ugly features deep-down, hazed-out envelops.

Bathed from head to toe in a cloudy pool of tape-saturated, binary rhythms and grubby, hissy textures, this debut slice from Aleks, a young producer hailing from the banks of Harlem, Netherlands, offers 4 elevated grooves laced up with some more prosaic, dancefloor-aimed cuts. Indeed Low Definitions sports an aptly-chosen title, efficiently mixing rugged beat-making and melancholic inflections through four tracks of vaporous ambiences and opaque melodies.

While every layer sounds dirtier than the previous, nicely offset by a string of distorted, otherworldly pads, Aleks unleashes some hard-boiled kicks and ill-tempered claps to keep the heat going. These cuts don’t barely consist in fully club-oriented material though, much confidently going halves between whining, steely house grounds and leftfield scapes alike but also playing a peculiar partition of half-baked techno with their two-toned, druggy 4 / 4 swing.

Equally warm and spacious, off-kilter opener Ulterior Motive sounds like a e-card from the Bahamas getting faxed through a 56k modem. Aleks works a strip of static-filled pads and hobbling acid lines with a reliable taste for organic and digital hybrids. Moving through delayed courses, awry bass curves and straight trampling kicks move forward in parallel lines without ever really connecting, remaining plainly exotic to each other. A playful quantum-leap.

On Low Definitions, every sound is exaggeratingly amplified in an almost mannerist way, delayed from its core down to its tail, the trail of a dash of hats succeeding the apex of a loudened clap for instance, and that in a constant subduction of plates. Aleks’ compositions function as a juxtaposition of filthy sound strata tied together like flat-tints, brushing an unpredictable deep tech-y vibe, surging as matter suddenly erupts from a black hole. Impressive, beautiful, glitchy and emotional.

Hemel, for its part, is a mind-intrusive yet pared-down blend of dubby ambientisms and dripping bass impacts, tapping straight into UK bass and dubstep codes with its expansive dub flexions rippling over a shimmering surface of liquid keys. As much as it invites to introspection, the track pulses a harsh beat, stomping kicks moving slow but hitting hard while vocals dissolve in a murky pond of reverbs. Aleks displays a certain ease at crafting some genre-bending cuts and that one is certainly defying easy classification.

04RW develops further sound-scales. A humming swarm of interwoven vocal samples, off-beat drumwork and jangling hats transforms the track into a bumpy ride through messy sound fields. It’s chaotic – the one-take recording being quite obvious here – but the track exudes a distinctive charm with its fast-hitting percussions and mesmerizing synth modulations. If the uptempo rhythm pushes the track to club-friendly horizons, it’s in the risk-it-all process that Aleks manages to grip his listener.

Closing the EP, Multitudes sounds like it was built on the same template as 04RW, as if the synth motif has been slowed down and left free from any loop-flanging while the percussive fever disappeared in favour of a straight classic, shuffling hats emphasis. As the proper version of a track we just experienced in its rawest form, Multitudes marks a shift in Aleks’s tune-craft. Tidier but also more technically accomplished, it ratifies the growing amplitude of a very promising producer as much as Low Definitions makes for a rather excellent debut outing.

Low Definitions is out now on Natural Sciences, order a copy from Bandcamp.

Discover more about Aleks and Natural Sciences on Inverted Audio.