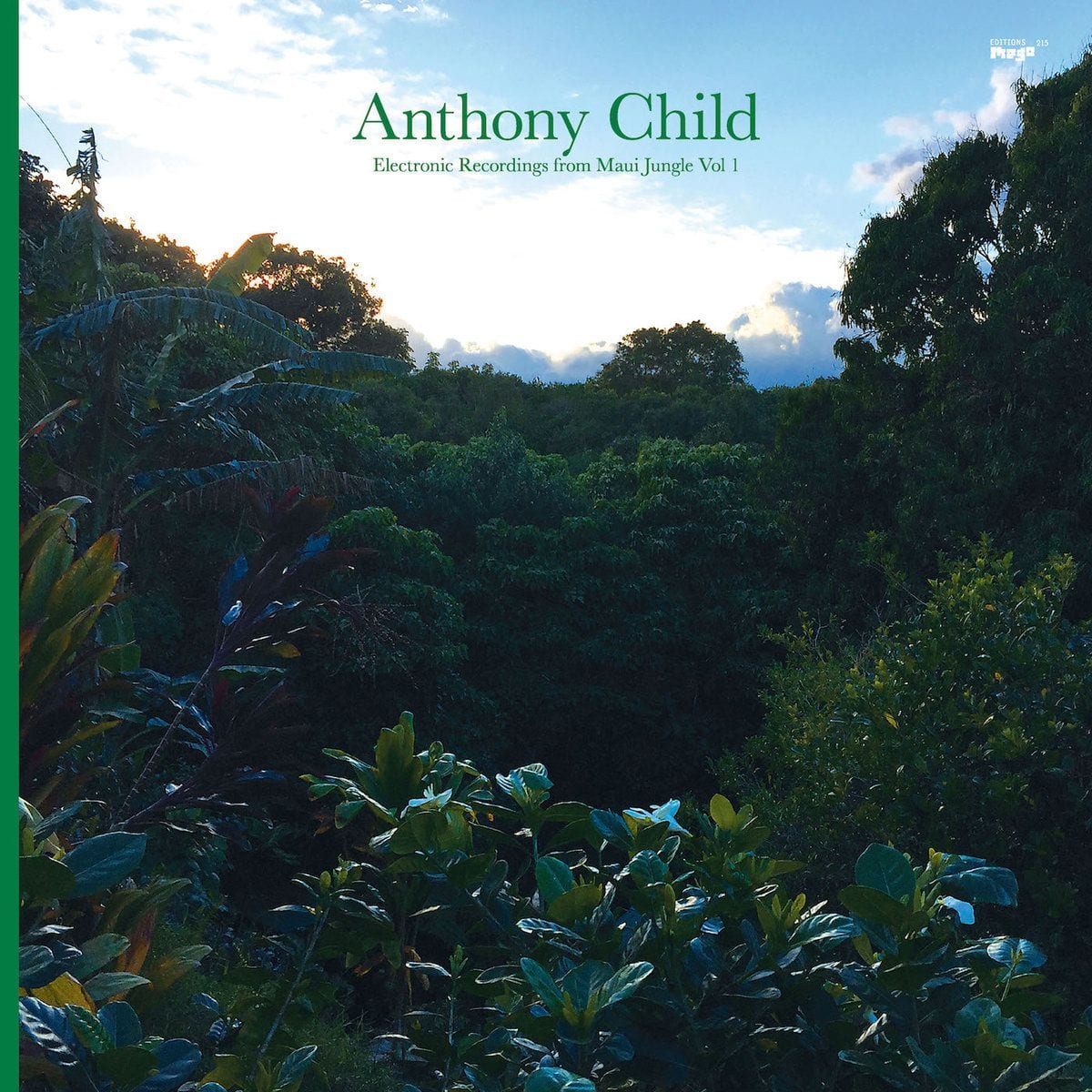 With his ‘Electronic Recordings From Maui Jungle Vol. 1’, Anthony Child has created a record of modular synth experimentations, which resides in a world of sparse arpeggios, deep tone meditation and clashing saw and sine waves. It would seem a million miles from the tough, industrial tinged techno he is known for, but many of the adjectives you could use to describe something like the ‘Breaking the Frame‘ LP have just as much relevance here.

Child’s best productions, under a variety of aliases, have become so renowned not just because of their suitability for the club, but their ability to be taken out of that context and still hold up. The key is the balance they strike between transcendent repetition and sufficient variation to remain interesting to the deeper listener, building layers to stay engaging without becoming obscured and muddied.

‘Electronic Recordings’, ostensibly a drone record, achieves the same balance. Opener ‘Bypass Default Mode Network‘ is centred around a metallic, scattered pattern which refuses to stick to the same tempo: accelerating, slowing down and shifting about with insect like movement. A separate module plays a pattern of held tones over the stuttering arpeggio, the two components of the track occasionally left isolated, occasionally left clashing with each other, and occasionally combining to unnerving effect.

The track is the highlight of the album, serving as an overture to ideas, which are expanded on later. It feels improvised, in the sense that the machines are allowed to play out and naturally move, a bassy held tone suddenly breaking down into a rhythmic throb, which feels like the breath of a large, lumbering animal. It goes beyond pure modular jamming though – setting a timer and giving oneself blindly to the will of the machine. Whether through careful editing and post-production, or Child’s own intimate knowledge of the technology at his disposal, the sounds never feel completely accidental.

Of course, the album’s title makes explicit reference to the Maui Jungle, but Child’s trip earlier this year seems fairly distant from the record itself. Field recordings come to the fore on tracks such as Midnight Rain, the watery backdrop dancing around the cold saw tooth waves of the synth, but they rarely feel intrinsic. Instead they serve as extra material to round of the serrated tones of the modular synth – mixing an instrument, which traditionally invokes images of industrialisation with sounds, which are purely natural.

At their best, when both the listeners’ state of mind and the music are together, Surgeon records allow you to become detached from your surroundings and completely immersed in the intensity of sound. By replicating the same trick on ‘Electronic Recordings’, Child shows an interesting truth which at first glance can seem contradictory: Techno and Drone at their most effective satisfy the same need to escape through music.

Electronic Recordings from Maui Jungle Vol. 1 is out now on Editions Mego, order a digital copy via Bandcamp.