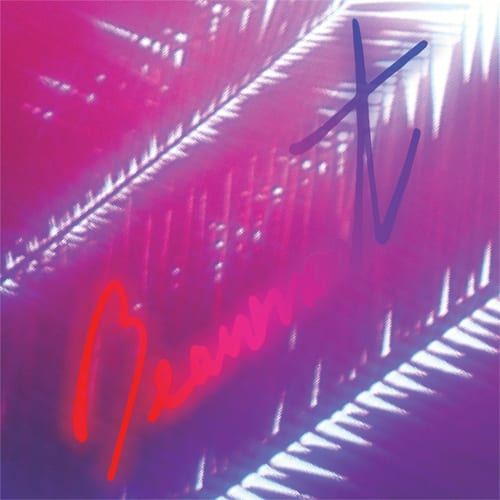 After a consistently strong 2011, trend-setting Bass music label Hotflush have taken a rather unexpected turn this year. Beginning with Everywhere, Scuba’s jubilant throwback B-side to his Adrenalin EP last year, Hotflush has been systematically turning back time to focus on the neon sounds of 80s and early 90s electronic music. Scuba confirmed this movement on his inconsistent but worthwhile third LP Personality, and Hotflush are soon to put out Jimmy Edgar’s Majenta LP which focuses on the darker side of 80s vibes. Given this movement, relative newcomer Beaumont, aka Michael Rintoul, seems a perfect candidate for a Hotflush debut. On Beaumont’s debut EP Blush Response last year the Scottish producer showed off an interest in sweeping 80s synths and emotive melodies, re-interpreting the sounds to make something genuinely exciting and deeply atmospheric.

Although looking backwards fuels a great deal of dance music’s progression, it’s always important that producers re-invent and innovate tropes of the past rather than merely repeating them, otherwise the sound they’re putting out doesn’t bring anything personal or new to the table. On this impressive EP, Beaumont neatly sidesteps this landmine with rich sounds laced through carefully constructed soundfields, eschewing the cheapness of his source material, and draws more than a passing comparison to contemporary Bass music.

The result of all this genre fusion is an inviting combination of dreamy Synth Pop and Bass music, with big 80s synth washes married to crisp drum machines. The sound isn’t exactly new but Beaumont has a certain finesse to his production that sets him ahead of the pack, and ensures he never ends up floundering in retro-worshipping purgatory. Title track Never Love Me is the most instantly engaging of the bunch, with a seriously punchy drum pattern paving the way for big synth growls and a vocal line manipulated to an unrecognisable android refrain. It all comes together later in the track as an almost overwhelming wash of sound without ever losing its distinctive individual elements, showcasing a producer with a deep understanding of the sounds he’s using and why. It also serves well as an opener because you immediately take notice, the big sounds drawing you into a track that’s admirably both technically impressive and surprisingly catchy.

The longest cut on offer is Rendez-Vous, another upbeat number where Beaumont builds a real sense of movement with tense synth snippets and a wide array of pacing percussive touches. The building anticipation never actually amounts to an explosion, but that really works to the song’s advantage as a big crescendo would clearly be overkill. Instead the track drives at something more subtle, and as a result the listener notices the details, like the gorgeous breathy vocals looped deep in the mix in the track’s second half.

The other tracks on offer are more ambiguous moodsetters, such as second track Uptown. It’s a brief cut but by no means an interlude, as the two-minute runtime shows off a keen sense of structure and timing, with crystal clear synths adding a lush softness to the hard-edged bass sweeps and knife-sharp beats. The intensely cinematic atmosphere of these tracks is one summoned mostly by contrast between soft and hard, light and dark, displayed with equal skill in Verona Beach’s unstable soundfield. Here tunneling synths underpin brief vocal snips until the track eventually distends into a taut dueling of synths and beats that never quite sits still.

This knack for atmosphere is only enhanced on digital-only closer Adrift, a mellower take where the listener only has skittering snares to anchor them amidst sweeping oceanic synths. The track is surprisingly worthy for a digital addition, taking you on a real journey through the hazy neon streets this EP continually evokes. Time and again on Never Love Me Beaumont rewards the dedicated listener with luxurious details and rich, atmospheric sounds, while simultaneously conjuring a great power of movement in his tracks. It may take a few listens to get your head round but this collection of tracks is definitely worth your time, and while the 80s sound is a little ubiquitous at the moment Beaumont does it better than any other producer I’ve heard.