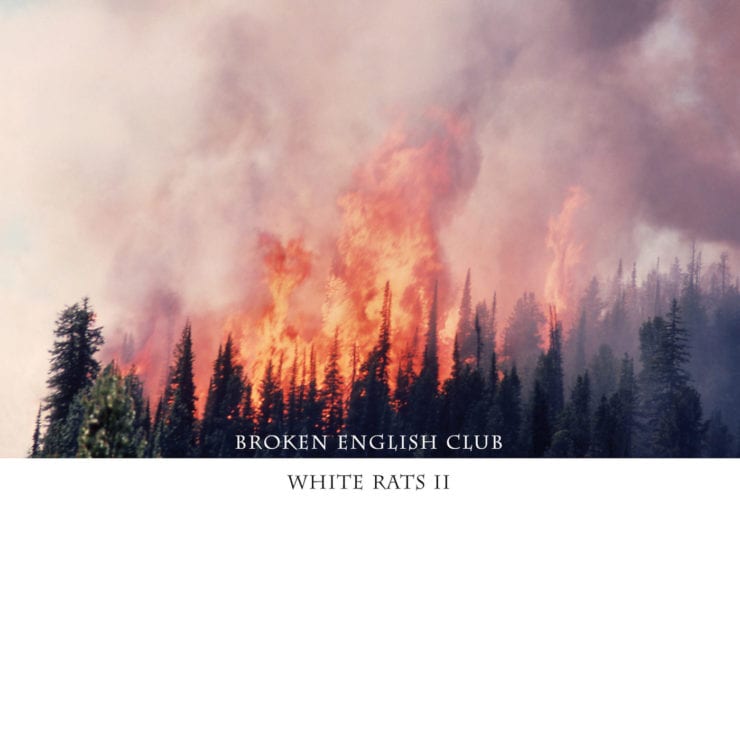 Oliver Ho doesn’t fuck about, that much we know. His name has been pounding off the walls of the world’s best clubs for over 2 decades, both under his own name and a host of pseudonyms, amongst the latest of which being Broken English Club.

Broken English Club slowly surfaced through the mediums of Cititrax and Jealous God, but roared onto the scene with 2017’s ‘The English Beach’. Now, barely a year after the first White Rats album, the next round has begun.

Charged with the same gritty industrial force as the first, the second edition delves further into the pit of Ho’s inspirations, and it does not leave empty-handed. Filled with punk energy and attitude, White Rats II fluctuates between foreboding short pieces and lurching main room energy, but the artist never loses sight of his vision.

The grinding minute-long caution of ‘Our Savage Hearts’ before ‘Domestic Animals‘ pulls out the jackhammer and caves the roof in above our heads. In the halfway breather Ho laments ‘Black Walls‘, evoking the indomitable London brink Wormwood Scrubs, a stated key influence on the dread sensibilities of the project. On ‘Grey Windows‘ cold-wave glaciers further paint the image in bleak tones, moving the album closer towards the lurching precipice of ‘Cold Medicine’, a powerhouse elemental force.

Forged from blackened metallic colours and harsh grain, pollution and soot gathering on the windowsill, the record is wildly evocative of Ho’s influences. Across its expanse Broken English Club takes the known formula of cold wave, EBM and techno (and their close relatives) and refracts it through his unique prism. ‘White Rats II‘ is a definitive statement, startlingly individual, and another brick in Oliver Ho’s formidable wall of musical output.