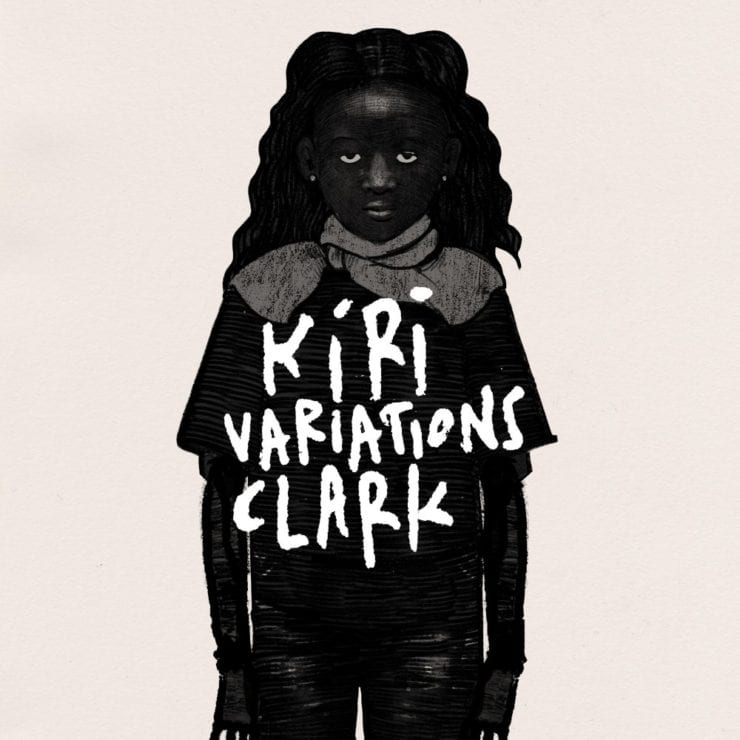 After amassing a discography crammed with ravey goodness, left-field producer Clark turns on a dime to deliver ‘Kiri Variations’, a long-player bearing more similarity to baroque chamber music than anything compiled for a dance floor.

It’s going to split his audience somewhat, but the divide will be between those who can tolerate an artist releasing something wildly different (yet still of equal calibre), and those who cannot. Born from producing the score to the BAFTA-nominated mini series “Kiri”, a harrowing tale of kidnapped children and the responsibility of caregivers, the album was developed into full form post-production.

Constructed for the most part from piano, violin and abstract vocal slices, the album boasts a similarity to other OST-efforts by the likes of Mica Levi (Jackie) and Ryuchi Sakamoto & Alva Noto (The Revenant). Clark explains his decision as a desire to veer away from “frictionless” electronically-produced music and towards the organic ensemble due to the inherent emotion in actually playing an instrument — but also in the capability of being able to play it “wrong”.

This is most evident on ‘Kiri’s Glee‘, where a recorder plays wildly out of tune through the introduction. At first this seems a little frustrating (“how dare such an accomplished producer play out of tune?!”), but quickly the music takes on the lightness and joy of a child playing with an instrument. It’s a brilliantly delivered mechanism which embeds more than your standard amount of character into the music.

The freedom of playing with real instruments opens up this world of opportunity, whereas the MIDI setup auto-corrects the imperfections. ‘Yarraville Bird Phone‘ is another demonstration of how the character and intent of the music far outweighs it’s technical imperfections: cascading broken non-chords open way to a short passage of plucked strings, rife with deviance from true musical perfection, but easily one of the greatest sections of the album.

This is not a suggestion that the quality of the music is, on the whole, poor. Clark is exercising a methodology underused in electronic music, where mistakes and imperfections flow together to create something significantly more valuable than if it were executed perfectly.

Throughout the album are truly heart-touching moments, where soft strings intertwine with emphatic synths and cavernous reverb effects to create beautiful, yet frequently sombre, panoramas. This is in large part thanks to the reductionist approach to the album. It’s sparse, littered with dead space and passages where a single instrument is heard. This coaxes out the natural voice and tone of the music, and encourages you to listen with greater attention.

‘Tobi Thwarted’, joining the album late in the running order, is arguably the pinnacle of Clark’s minimal compositions on the album. It consists of just three finely balanced elements — but as all who appreciate minimalism know, this is more than sufficient to paint a landscape filled with detail.

The song is immediately melancholy, and above a gently repeated chord a fragile violin circles in wide arcs, thin as gossamer. Iteration after iteration the force behind the notes rises, yet it stays febrile. The piano notes are gentle and resonant, spacious and drenched in reverb.

Clark allows the silence between the notes to act as an instrument in its own right throughout the opening sequence, and for almost a third of the track the gentle lapping of the keys against a palette of silence is all that can be heard. The violin flows so gently with the current, almost a breath as if the player can be heard sighing through the performance.

Gradually, a shred of synth shines through the piano, sounding just as fragile as the violin. It’s an optimistic note, and it shimmers through and colours the song in a new tone, a brighter tone than before. In an extremely gradual crescendo the trio of instruments gently swell as one, each gathering volume and clarity.

It’s a bittersweet finale, and the major and minor keys find a home alongside another, each one jostling for primary position. The result, by the end, is a curiously multi-faceted amalgam of both positive and negative vibrations, a mysterious mirror of your current emotions, where the listener is invited to interpret the ending.

‘Kiri Variations‘ requires both patience and attention. But, if you have a bit of each, you’ll be soundly rewarded. Clark has built something greater than the immediate satisfaction of another album of dance hits, and it’s something that will endure in his legacy.

“Kiri Variations” is scheduled for release 26 July 2019 in vinyl and digital formats. Order a copy here.

Discover more about Clark and Throttle Records on Inverted Audio.