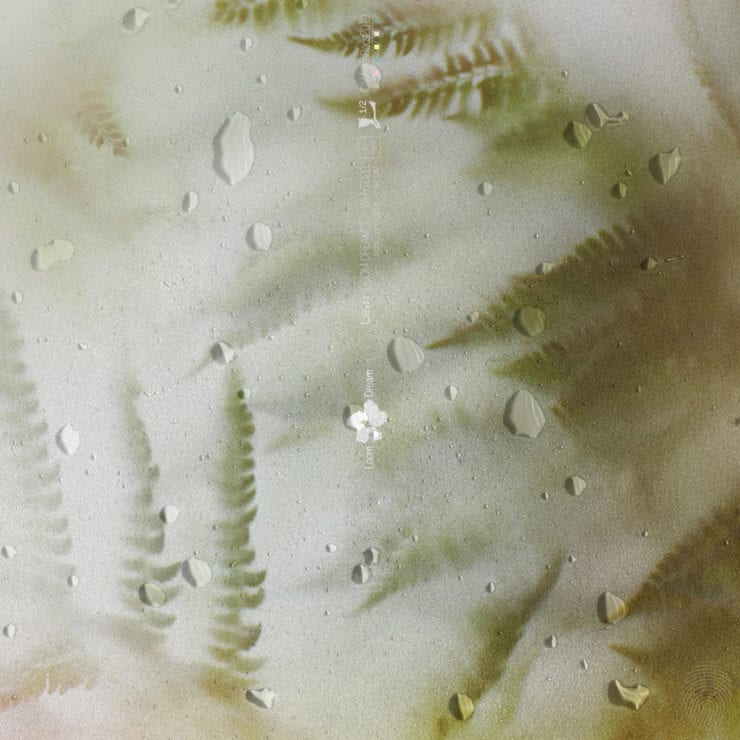 This mini-album could easily have been conceived or captured in a field in Wales; a subversive response to an ephemeral Freerotation experience, perhaps? It certainly invokes remembrance of idyllic countryside life and an inherent connection to those surroundings. Leif Knowles aka Leif has produced what, at first listen, resembles a whimsical non-stop at-one-with nature composition -until the press kit clarified this was intended as two 17 minute pieces- that is equally enticing and unexpected.

‘Loom Dream’ holds original field-recordings at it’s centre and connects them with freestyle tribal percussion, tempting drums and often threatens to erupt into something heavier and daunting than what is eventually presented. Whities, the hip alternative UK record label, is super at uncovering non-conformist dance music and providing their artists space to manoeuvre in new sonic realms. Ruper Clerveaux’s recent hypnagogic, poetry led ‘After Masterpieces‘ is a great example of the breakaway style Nic Tasker is curating (Check their recent 12″‘s from Forest Drive West and Pugilist on Whities’ Blue series).

It’s been hard to pin the Freerotation resident to a particular style; showing up on the radar in early 2000’s on (dare it be said) minimal tech house staples like Moon Harbour & Morris Audio and partnering with long-time friend Tom Ellis on their own Trimsound label. In latter years his sound has diverged into loftier, powerful and sometimes exceptional ambient driven house and resultantly the Welsh native has released some of his most mature productions with ‘Taraxacum‘ LP and ‘July V‘.

The 6 intertwined tracks of ‘Loom Dream‘ are lovely in their own right: a fragile collection of saturated rich chords that stand beside soft hallucinatory strings in a reverb heavy atmosphere. ‘Borage‘, the albums closest offering to a danceable track, is an ambient broken, semi-jungle stepper beat sharing wisps of lil’ jazzy trumpets and spiritual choral chants in a wonderful 4 minutes. Each track, sweetly titled after flowers, incline towards the succulence of the productions.

Leif has flirted with pure ambient excursions and Freerotation revellers may have been lucky to hear ‘Loom Dream‘ as their mid-morning wake up alarm earlier in July. Allowed the right setting the album can also be a perfect accompaniment to a Monday morning come-down from the weekend before or with a brew and a biscuit on your balcony in the sun after a morning spent pruning your favourite bushes.

What ‘Loom Dream‘ dispenses in syncopated rhythms and a sublime connection to the world around us, it does however withhold a certain sense of narrative and the emotive house Knowles is well-known for. ‘Rosa‘ brims with heavy kicks, sub-aquatic bongos and cymbals, albeit failing to capitalise on the momentum it seeks to create. ‘Pteridium‘ follows drawing the piece to a rain drenched, chugging close.

Leif continues to provide a diversion from the mainstream crash and thud of banal house music and although ‘Loom Dream’ misses an opportunity to showcase an alternative to that world, it’s still an imaginative piece that you should pick up, go back to and revel in its indigenous beauty.

‘Loom Dream’ is out now in vinyl and digital formats via Whities. Order a copy from Bandcamp.

Discover more about Leif and Whities on Inverted Audio.