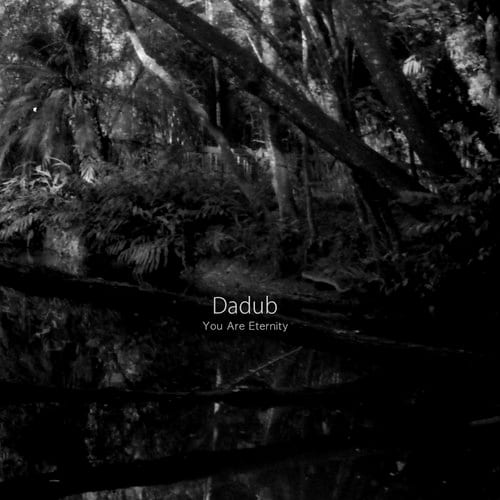 Daniele Antezza and Giovanni Conti (aka Dadub) not only have a steady place within the hallowed roster of Lucy’s impeccable techno imprint Stroboscopic Artefacts, they actually master all of the label’s releases. That they are dedicated to experimental techno is obvious, but the most telling aspect of Dadub’s dual role is the pair’s devotion to sound itself: its power, its nuances, and its ability to convey genuine meaning and emotion. After a promising series of EPs that hinted at something more, the duo now ready their debut album where sound is an obsession: the twelve tracks are mixed, forming a continuous sonic experience (à la Voices From The Lake) that takes the listener on a journey where industrial techno stomps are fluidly melded with moody ambient cuts steeped in dread and distant spirituality.

You Are Eternity doesn’t offer much in the way of melody, but an emphasis on tension, sonic density and space results in a powerful experience that offers a rich variety of frequency and tone despite its monochrome hues. Opener Vibration sets the scene perfectly: a minimal construction that conjures sonic density through subtle atmospherics, evoking exotic pagan rituals and humid claustrophobia. Meanwhile later ambient experimentations are just as successful; the emotive Death melds timestretched vocals and motionless strings while Unbroken Continuity’s scifi bleeps and ominous water effects border on the meditative.

On the other end of the spectrum are the hard percussive workouts that are reminiscent of the duo’s famous live sets. Third cut Life offers a momentum to parallel its counterpart’s inertia; the same ominous low-end here playing host to an unfathomably propulsive tribal rhythm which drives alongside serrated bass sweeps and sifting synth textures. The album’s movement reaches a peak with the double-punch of Transfer, with Ninja Tune’s King Cannibal, and Arrival. The former explodes into life with crushed kicks and breakneck snares; the unremitting stomp of broken machinery subject to staccato stops and starts which only increases the unease. Arrival lulls the listener into a false sense of security as the atmosphere settles, only to lay the ground for another all-consuming percussive assault.

It’s easy to split the album into two halves, but this simple division doesn’t do You Are Eternity justice. Not only does the mixed format make the intermittent momentum feel more cyclical than repetitive, but through tunes that walk a steady middle-ground, such as the lush rainforest workout of Existence or the hissing lope of Path, the pair actively reject simple binaries. To listen to the album as a whole is to be taken on a journey of contrasts; walking a line between silence and noise, black and white, the rainforest and the darkened, industrial dancefloor. Lush closer Iridescent Fragment finally lets the light in, encouraging the listener to think back on what they’ve heard: beautifully textured music that communicates through driving force as well as introspective ambience, speaking powerfully to both the body and the mind