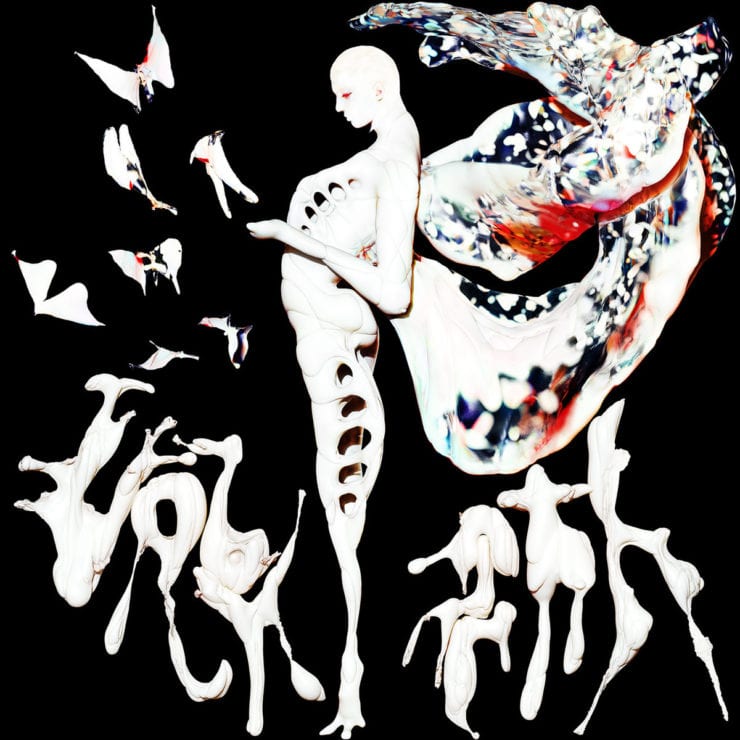 In a recent interview with Dazed, Jesse Kanda commented on the shape of his artistic direction, as “making a world that I belong in, that couldn’t be taken away from me”. His debut album ‘Labyrinth’, released on Hyperdub under his alias Doon Kanda, seems to encapsulate this embrace for the weird and the wonderful as a descent into some controlled madness.

A prominent visual artist as well as a musician, Kanda is adept to designing hyper-real visual artwork for artists such as Bjork, Arca and FKA Twigs, his art being showcased in world-renowned spaces such as the MoMa in New York and the Liquid Room in Tokyo.

Ominous, dramatic and fiercely creative, ‘Labyrinth‘ represents everything we’d expect from Jesse Kanda following his last two releases ‘Heart‘ and ‘Luna‘, yet the effect is nothing short of explosive. Opener ‘Polycephlany‘ resembles witnessing a haunted orchestra descending into the darkness; synthetic piano keys are punched with rigor as the track climbs to a crescendo. ‘Nastasaya’, an ornate nod to the fallen heroine of Fyodor Dostoevsky’s novel ‘The Idiot’, employs an ominous melody atop a groovy beat.

‘Dio’, a sinister mash up of sounds, plays between wavering synths and off kilter rhythms, suitably unsettling for Kanda’s exploration of the uncomfortable. The beauty in decay and loss is something Kanda tends to explore in his artwork as well as his music, and the figures he creates – though obtuse and grotesque – also prove moving somehow.

‘Gut’ moves along the fringes of a Dean Blunt-esque slow, steady beat and keyboard drones, moving between pop and trip-hop, while ‘Forgive’ employs an Avril 14th-like serenity – the piano eerily raw as if echoing down a dark, empty hallway. When the closer ‘Entrance’ rings out in a waltz-like fashion, the uplifting strings themselves evoke that of an ethereal symphony.

If ‘Labyrinth‘ often feels like Kanda is trying to permeate some part of the psyche and expose our hopes and fears in opaque tableaux of sorts, the result lives up to his high-flying intentions more often than not.

‘Labyrinth’ is out now via Hyperdub. Order a copy from Bandcamp.

Discover more about Doon Kanda and Hyperdub on Inverted Audio.