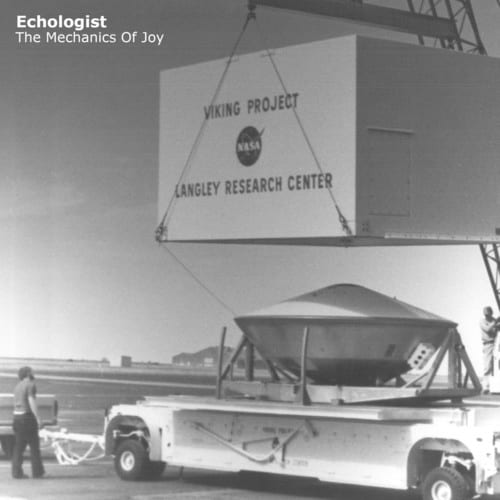 Having released his second album Works and two excellent 12″ on Electric Deluxe featuring remixes from cv313, Ben Klock and Tommy Four Seven, 2012 was a particularly busy year for Brendon Moeller. This year Brendon returns to his Echologist moniker to deliver The Mechanics Of Joy EP on Prologue, representing a more adventurous side to his other monikers.

The EP’s artwork is fittingly suited to the music contained within the EP. It’s a photo of NASA’s Viking Project taken in the ‘70s. Their mission was to send two space probes to Mars, in order to gather as much intelligence about the planet as possible by studying the planets surface through hi-res imagery. The EP’s title also hints to some sci-fi references: Ray Bradbury, the famous author of The Martian Chronicles (1950) published an outstanding collection of short stories, titled The Machineries Of Joy (1964).

In this EP Moeller rediscovers a golden-age variant of techno in a highly academic method, executing an exciting dynamism. In Head On, the first cut from the EP, machines reverberate on a broken techno beat, building up tension gradually. The Mechanics Of Joy is a stomping piece of contemporary 4/4, boosted with a modulating soundwave. There’s an unidentifiable and haunting alien presence in More Instinct, the heaviest piece on the EP. Metallic and acid-influenced sounds make the track really stand out, while the tempo remains in the mid-territory. Crossing Over closes the EP: a solid and sober background techno, demonstrating some of the genre’s evergreen aspects through hypnotic sound samples and a lovely robotic melody.