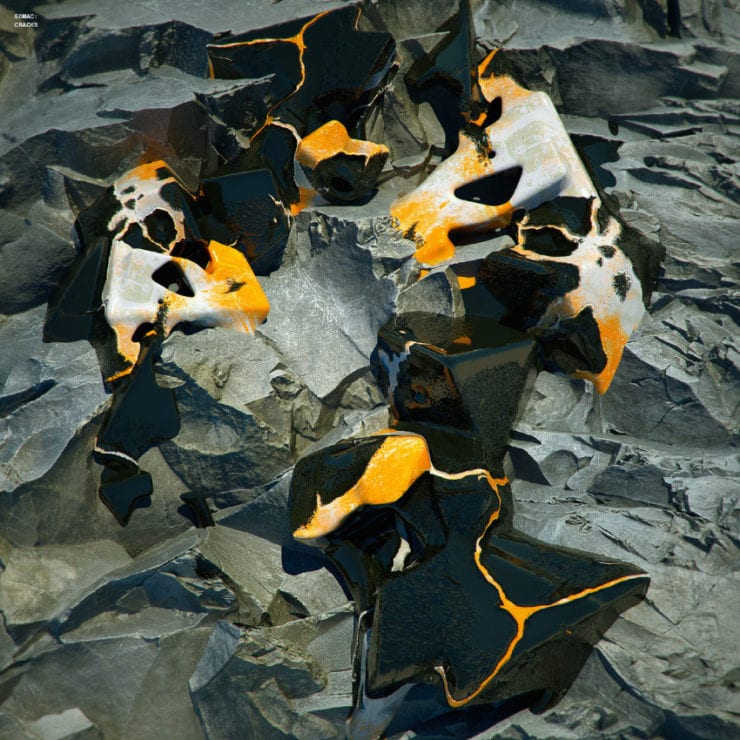 With an abrupt surplus of time, ‘Cracks’ precisely describes the sudden change faced by many touring artists. In the case of Eomac, Ian McDonnell’s prolific solo moniker, this has been a period of introspection and creative restructure, evolving into his first release on Planet Mu.

The artist’s lucid attempt to reinvent his own identifying sound, diving deeper through the source of many inspirations in daily life. This highly dimensional outcome aligns with our felt changes in social, political and cultural landscapes. His compositions comment with an electrified atmosphere, while eavesdropping on our feelings of uncertainty, providing comforting sonic moments of reassurance.

‘Mandate For Murder’ is the kickstart of this 10-track project; a dynamic, percussive sequence is merged with a resounding excerpt from artist and activist Akala, giving space to another voice, and an encouraging effort emerging from these unprecedented times. The penetrating loop of the sample alongside a striking jungle rhythm is evoking primal senses, omnipresent throughout the LP.

On all tracks, the eloquent assortment of sounds are said to consist of inspirations from the Irish countryside where it was produced, but synthesized into a pliable palette, which Eomac rearranges convincingly. The determinant addition of fading abstract voices like that of a chanting choir in ‘Ancient Self‘ initiates a thoroughly meditative trance effect. Clearly the LP’s apex, energy reaches ecstatic levels on ‘Falling Through Cracks’ erupting screams are introduced and accompanied by a steady symphony of drums before the elements disperse into the atmosphere.

While the overall mood on this release rises upwards, Eomac reorients the tempo to conjoin groovy fragments on ‘Reasons To Live’, throwing us back down to the dancefloor. The energy is truly immersive as it pulses with ethereal frequencies, while conspicuously becoming sharper. The LP abruptly concludes with the sentimental track ‘All The Rabbits In The Tiergarten’, circling back to nostalgic beginnings and memories of long past clubbing experiences through banging breakbeats.

In all of its ups, downs, and swinging ambiences, ‘Cracks’ appears as a wistful promise that our faded memories of being together might be fulfilled in the near future. Be it a commentary on what we’re all collectively experiencing right now or the demonstration of his sharpened production, Eomac delivers a euphoric selection from his ever-developing reserve, and momentarily alleviates the static of an industry on hold.

‘Cracks’ is out now via Planet Mu. Order a copy from Bandcamp.

1. Mandate For Murder
2. Portuguese Man O’ War
3. Ancient Self
4. What Does Your Heart Tell You?
5. Falling Through The Cracks
6. Reasons To Live
7. Seashells
8. Canticle
9. Prophetess
10. All The Rabbits In The Tiergarten