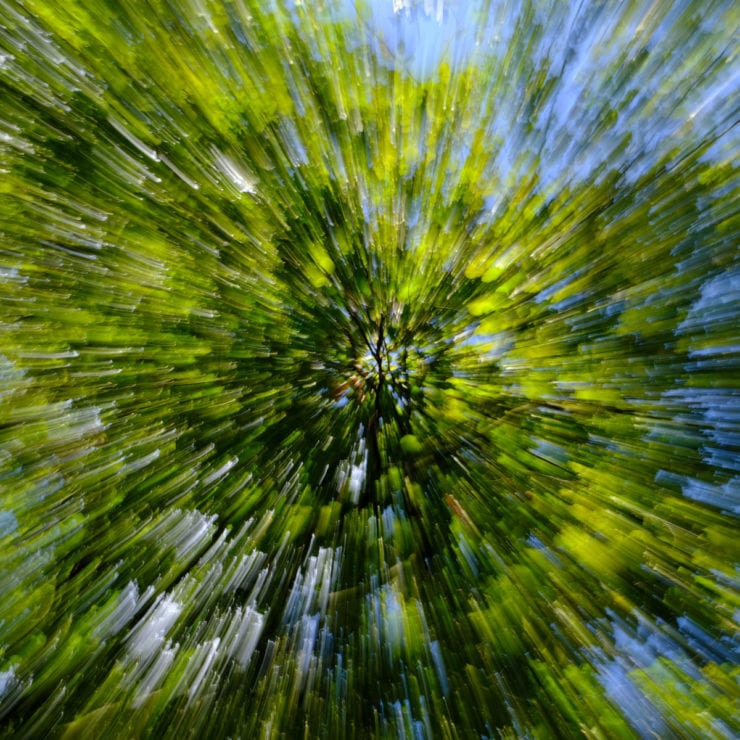 As one half of Emptyset, James Ginzburg is responsible for some of the most sonically challenging yet rewarding experimental music created in the last few years. Now, Ginzburg’s own imprint Subtext Recordings lines up ‘Crystallise, A Frozen Eye’, a digital album and accompanying short book written by the artist in the fall of 2020.

Nuance and depth of concept, similar to that of Emptyset’s recorded output, are equally applicable to this solo work. Eschewing the DAW and a traditional digital setup as a whole, Ginzburg creates intimidating walls of sound using an array of predominantly string instruments found with scarcity in electronic music, from ancestral European instruments such as the dulcimer and psaltry, to a custom-built piece used on Emptyset’s ‘Borders‘.

While the use of these instruments certainly brings them into the modern awareness, it is hardly the most impressive feat of the album, which is inundated with its own musical shape and identity. Perhaps that accolade falls to the sound design techniques required to morph these unamplified instruments to such a scale that their impact is a felt experience as much as synthesizers and their kind are often designed to create.

For our money, however, the strongest feature of ‘Crystallise…‘ is in how the artist harmonises ghosts of folk music and the modern spectre of experimental music, creating an album that is at moments harsh and confrontational, and at others pastoral, with soft melody and glimmering sound.

It is not by blending tropes of folk and electronic music together which Ginzburg achieves this feat, instead coming as an apparent result of understanding enough about both of these worlds to create his own language, spoken with confidence by a musician who straddles both worlds.

And language, too, is at the core of the release, the poetic track titles nearly all bearing a hallmark comma that separates two often contrasting ideas, hearkening back to the duality of sonic heritage. With no vinyl, tape, or CD, those wishing to lay hands on a physical manifestation of the record will instead receive a short book featuring photographs and three artistic texts written by the artist that develop and connect the themes of the album.

The album itself speaks with a voice of its own, although no words are heard: the scathing devastation of ‘On Obsidian Expanse‘ contrasts with the gentle — yet still abrasive — opening track in a similar manner to the juxtaposition within the track titles. Whereas opener ‘Light Evaporates‘ is as a ragged breath leaving the body in a smooth exhale, ‘On Obsidian Expanse‘ moves in gasping shudders.

Here, Ginzburg’s string ensemble sings a repetitive chant, each lash of the hand against string demarcating a slow, dread progression. A feud strikes up in the deadspace between the notes played, the atonal rasps of the lead instrument clashing with frequencies stirred up by the unsettling drone heard gently rising in the background.

For each word of the title, there is an act: the staccato opening, its central part where all moves more intensely than before, and the final movement, where drones borne from the strings drag the piece down into a restless quiet.

A deeply thrilling listen, ‘Crystallise, A Frozen Eye’ marks a new leaf in an exciting and truly exploratory repertoire, all the more valuable to the musical world thanks to the care and attention given to translate his vision into a deeply personal work on every count.

‘Crystallise, A Frozen Eye” is scheduled for release May 7 via Subtext Recordings. Order a copy from Bandcamp.