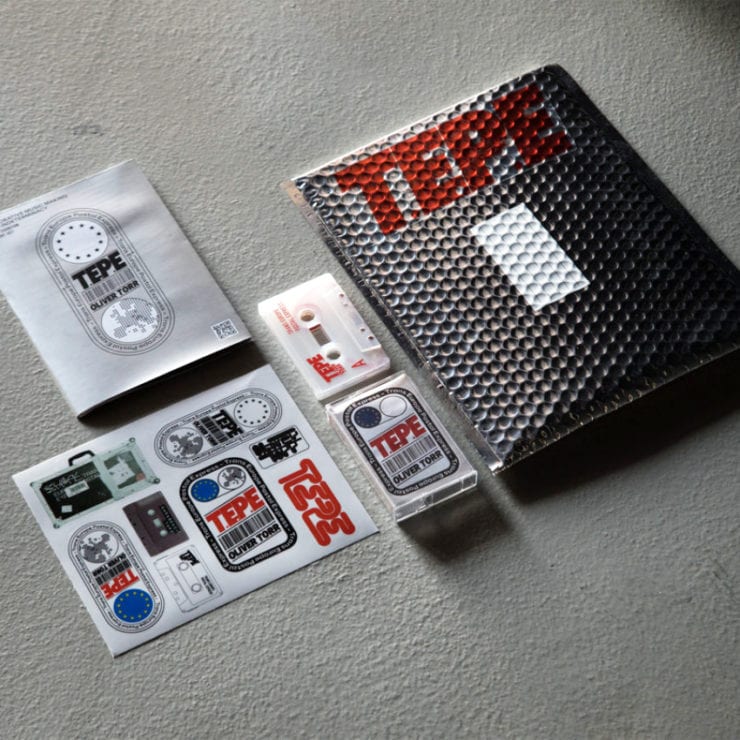 Throughout the pandemic there have been many musical projects birthed making the most out of the constricting measures. A great many of these are worth your listening time, but seemingly the vast majority fall on the wrong side of novelty and, dare we say, blandness.

Trust it to SHAPE Platform to provide us with the real stuff: Oliver Torr, a member of the renowned Prague institution’s 2020 panel of artists, last month released ‘Trans Europe Postal Express‘ (hereafter TEPE), a project which somehow has managed to combine his own inimitable style of production with the essence of other musicians on the 2020 roster.

Yes, this kind of thing has been abound during the oh-so-long pandemic, with artists across the globe shooting stems over the internet to one another to produce collaborative music from afar — a fantastic and incredible thing, don’t take me wrong. But, it does feel as if the fruits of many of the endeavours heard to date simply lack a certain soul, that something which makes the music stand out and appear relevant outside of the context of restricted travel and quarantines.

TEPE, conversely, does not lack this. The secret ingredient perhaps lies in the recipe: rather than simply reaching out and file sharing the easy way, Torr (thanks to the aid of SHAPE) sent a TASCAM tape recorder to locations throughout Europe, along with a notepad and a set of instructions to the recipients (Clara de Asís, Elvin Brandhi, Fausto Mercier, Moesha 13, Peter Kutin, Poly Chain, Rojin Sharafi, kӣr, Širom). Once collected, the recorder was — at length — at last returned to Torr’s HQ in Prague, where the musician morphed the takings into tracks named after the locations in which they were recorded.

It might not seem like much of a secret ingredient, but the extra consideration given to this project to make it more than regular has gone a long way. Perhaps, now that the basics are out the way, we can focus more on what makes this special, and get to the root of why TEPE seems to topple the competition when it comes to pandemic music.

Remember the notebook? The instructions left within are, apparently, drawn from the musical school of indeterminacy. Whilst we’re not 100% clued up on this area, it’s clear that the recordings taken were far more esoteric than simple cuts from instruments or DAW exports — leaving Torr with the unenviable job of stitching together patches of disconnected and abstract sounds into more readily consumable songs.

Torr’s art here, then, is not working with ready-made components, but with notions and concepts, pushing these through his musical process to create something that isn’t entirely his own, but is nonetheless nothing without him.

All this would be nothing if the music wasn’t ace, and it is. We caught wind of Torr’s productions across his recent solo debut album, ‘Fragility of Context‘, and were blown away by the album’s sweeping nonchalance towards genre convention and entrenched typicality in modern electronic music. That approach is developed here, too.

On ‘Kyiv‘, Torr sings through the same warped-as-fuck vocal effects heard on his solo outing to create an avant-pop cut, but smushes it together with hazy ambient before letting it dissolve into post-club synthesiser mayhem. Immediately after, ‘Marseille‘ plunges the listener into a stoned state, trudging half-heard drums drowned by the melancholic overludes, barely registering above comatose.

And then, another flip: ‘Marseille pt 2‘ comes hurtling out the gate, post-club hardcore at 150-something, shaking RUFF breakbeat weaponry in your face, showing that Torr’s not just a musical academic head, but also trained to the floor. And so it goes on, with each track showing stunning diversity both within each composition and the release at large. For a relatively brief project, the talking points raised on the album are endless, each turn resulting in fresh praise and fascinating discovery.

Torr’s musicality is a blast of fresh air against stagnancy: with impressive sound-design in one hand, and a comprehension of producing body-moving dance music that goes far beyond the line of average in the other, TEPE is quite unlike the lion’s share of music being released today — more than deserving of the SHAPE accolade previously awarded to luminaries such as Pan Daijing, Jay Glass Dubs, Aisha Devi, Lorenzo Senni, Deena Abdelwahed. You get the picture: keep an eye on Oliver Torr.

‘Trans Europe Postal Express” is out now. Order a copy from Bandcamp.