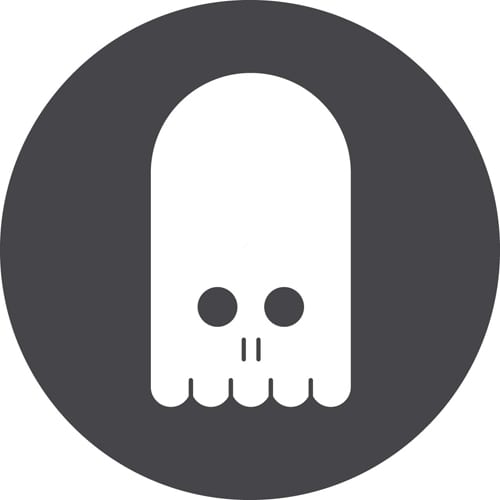 Lakker’s proximate nanotechno displayed within the duo’s Arc EP and Torann EP was one of the most ingenious sonorities that could be found in 2012; combining familiar rhythm palettes with IDM’s scientific approach in a way that resulted in a strikingly novel form of abstract techno. In their Deathmask EP they experimented with simpler melodies generated by harsh sounds that boldly opened the duo up to new territories in their sound palette – one might be zealous to think that at this point the track ‘Preset Numb’ is one of their most ambitious and celebrated tracks.

The most intriguing thing about Ian McDonnell’s debut solo release as Eomac, is that we can now evaluate what he as a solo producer is capable of achieving. Spoock offers four tracks across 25 minutes, some of which evoke the meticular design of classic video games from the ‘90s. The seven-minute title piece ‘Spoock’ is by far the closest resemblance to traditional techno, however its disjointed, constantly evolving sounds disorientate and entrance the listener. Stroboscopic Artefacts’ head-honcho Lucy steps up for remix duty, adding deeper layers and a steady, bass-heavy stomp, making the track more fitting – and perhaps a bit overdrawn – for the dancefloor.

The deliberate voice manipulation in ‘No Name’ gifts a spellbinding melody to the track, making it possibly this release’s standout. Even the mutated, two-step-leaning rhythm effortlessly fits with the melodic parts, giving space for McDonnell’s to experiment with his sound beyond the constraints of techno and IDM. ‘Stylised & Desensitised’ seems to come directly from Lakker’s folder with its dark minimalist atmosphere and sci-fi narrative, suggesting that this kind of sound is buried deep within Ian McDonnell’s genetic DNA.