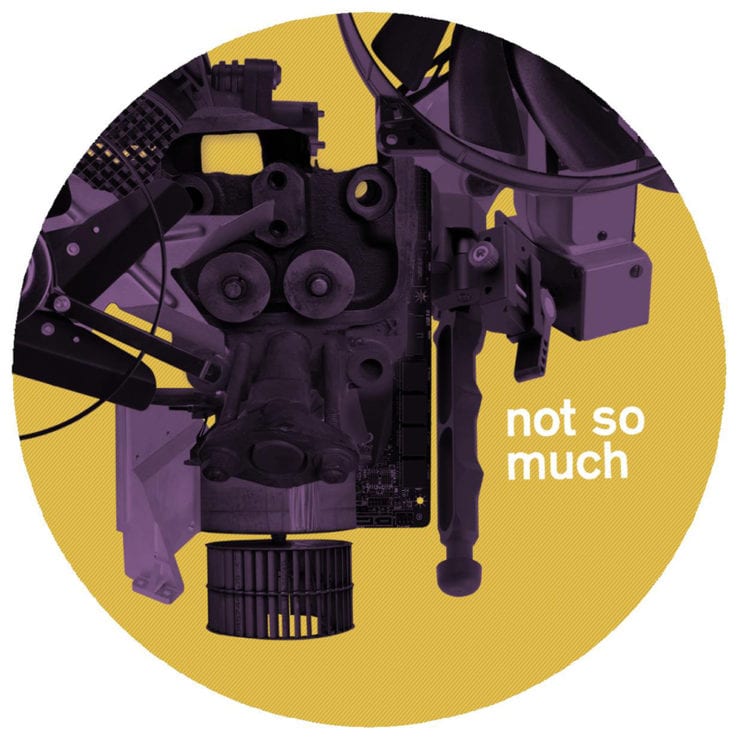 Mosca’s record label Not So Much has a sparse release schedule, appropriate considering the name. The imprints previous release surfaced in 2016 with a skewed 3-tracker from Franklin De Costa, sloshing about with strange electro and breakbeat.

This time the 12″ comes courtesy of Gaunt, a relative newcomer with some pretty hefty fans — a debut release landed on Beneath’s Mistry, and Leon Vynehall used ‘Burnt Toast‘ — a percussive techno standout from a split 12″ with Gramrcy released recently on Glass Talk — in his RA mix.

Mosca stakes out two tracks very in-keeping with both Mosca’s sound and the oddball clique of his label. A-side ‘She’s No Patsy‘ runs on a bouncing 130 rhythm, sinking deeper and deeper into strangeness throughout the track. New and bizarre elements dart in and out, constructed into a brilliantly weird side-stepping track that’ll blow cobwebs out of a straight, on-the-beat 4/4 set.

B-side ‘Spacebirds’ kinda says everything on the tin; electronic chirps and fuzzed static throwing the ear off-balance are the order of the day. Like the A side it packs a more than fair amount of swaggering attitude as it jilts along the 7 minute run time, dub FX set to stun and confuse.

Not So Much only rears its head occasionally, but each time it pops up with something weirder than the usual fare gripped in its teeth. The latest offering goes to show not only that Gaunt is stepping into stride, but also that Not So Much remains worth keeping an eye out for, however long we have to keep ’em peeled.

‘She’s No Patsy’ is out now via Not So much in vinyl and digital formats. Order a copy from Juno.

Discover more about Gaunt and Not So Much on Inverted Audio.