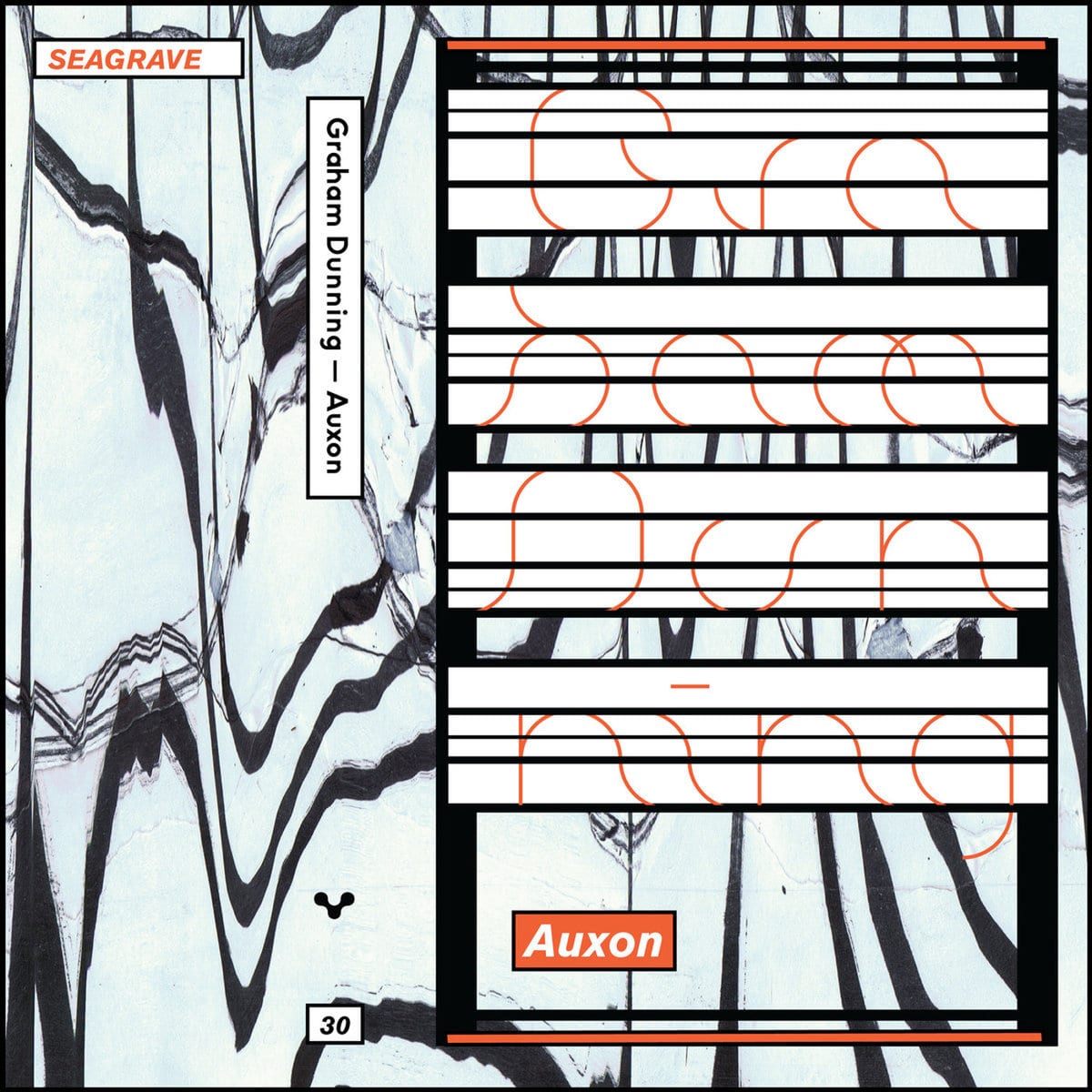 Electronic music is tainted by a disconnect between sight and sound. Even the most hardware heavy techno show leaves the listener struggling to connect music with actions. It relies on a suspension of disbelief; that twisted knob made that bass throb, that pressed key was somehow related to that acid squelch.

With “Auxon”, Graham Dunning has engaged with this issue head-on, producing an album of warm, crackling house and techno which makes no attempt to hide the imperfections in its construction. The antidote to the world of DJs miming on unplugged CDJs. 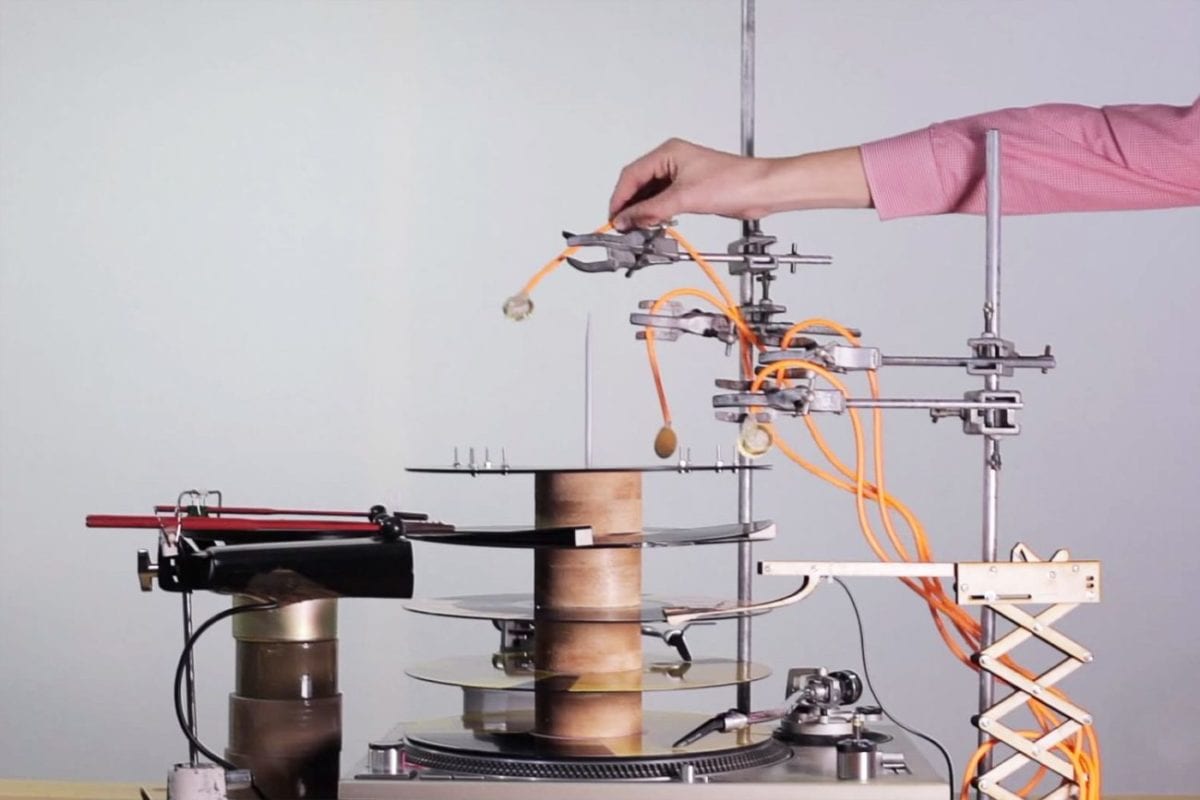 Released by the consistently intriguing Seagrave label, Auxon is the first recorded documentation of Dunning’s ‘Mechanical Techno‘ set up. Part installation, part hardware rave system, the machine has been playing and evolving in art galleries and dingy club basements over the last few years. Put simply, layers of vinyls spinning on record player axles are used to bash contact mics or trigger drum machines and synths, which are mixed and manipulated live by Dunning.

Inherently wonky, clumsy and prone to unpredictability, the process is also completely transparent. Physical adjustments lead to real time changes in sound, each time the system is set up the outcome is different.

The remarkable thing about Auxon is that even without the visual stimulus of seeing Dunning’s techno machine in action, you can sense the rub of vinyl on axle in each stumbling bass line and stuttering hi-hat. Producers now often strive to manufacture some kind of imperfection into their music; for Dunning that imperfection is not only natural, it’s essential to making the album so unique, and so addictive.

Following the woozy chords of opener ‘Replicator Intro‘ the album launches abruptly into ‘Old Hexagon Borderlands.‘ Vocal samples weave in and out of clanks and humming synths, all held together by a pulsing beat. Snares and hi-hats restlessly stutter and skip, capturing the twitches of precariously balanced record players. A sense that the whole thing is on the verge of flying apart in a hail of vinyl and sellotape can be heard in the recordings, adding a nervous energy that is startlingly effective in the album’s dancier tracks.

Across the 46 minutes of Auxon’s duration it jumps from solid techno into wonky acid, at points collapsing into washes of echo and scatter gun beats. Crucially, Dunning hasn’t let the unusual method behind his music’s construction become an excuse for monotony. ‘Regolith Scoop‘ revolves around a twitching piano loop and arhythmic percussion, sounding like a jam between Wolfgang Voigt and Ekoplekz. ‘Rainbow Rhythem‘ has a frantically shuffled beat where the crackle of vinyl is as essential to the groove as the stabs of synth.

Like the prepared pianos of Hauschka or John Cage, and the cracked vinyl tales of Philip Jeck or James Leyland Kirby’s Caretaker project, Dunning’s music has as much narrative in the process behind its creation as in the sounds themselves. Like those mentioned however, the real triumph is that the music on record has a character all its own, making it more than just a curiosity of technique and process.

Auxon is out now on Seagrave, order a digital or cassette copy from Bandcamp.

Discover more about Graham Dunning and Seagrave on Inverted Audio.