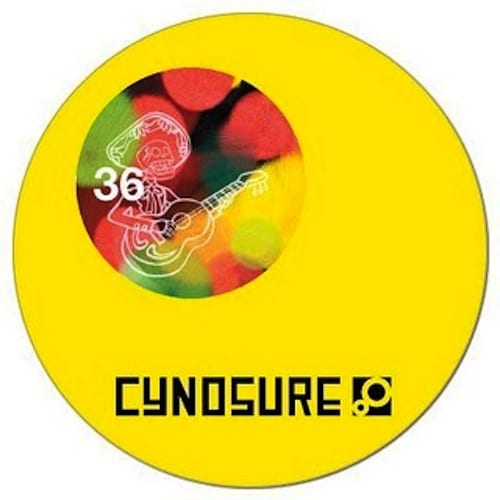 Over the years Naples, Italy has become a hot spot for incredible dance-floor techno and house; as we saw with the re-formation of the cities freshest production duo (Massi DL and Dario Di Pace) which brought  the well-received release Horatio EP to raum…musik back in June 2009. Now, as the title of their follow up confirms, they’re back and this time on no less than Mike Shannon‘s Cynosure imprint.

First track “Durango” recalls a sweaty NY house party, courtesy of a rock-solid & extremely bass-heavy jacking groove. A sprinkling of Teutonic-style chord stabs and some twisted vocal cut ups are duly added into the mixture, resulting in a satisfying cross pollination of classic 4/4 timbres. The cauldron is stirred and stirred until things reach a peak with a mighty snare roll build that results in an extremely sweaty, mid track drop. It’s frankly nice to see more producers reclaiming the snare roll from many years of trance ubiquity, and it works well, especially as a feature that can mark a set’s journey into tougher territory.

The flip side sees the next cut, “Horacio is back again”, opt for a more bumping and rolling groove, built around a feelgood bassline, positive chord structures and a nice melodic vocal hook which is extended for a superb build up and understated drop. Again there is a minimum of fuss and pretension here; it’s all about locking the listener into a sophisticated, hedonistic house groove.

Finally, a digital bonus takes things down a deeper and more dub-tinged path, featuring very clean and precise production that still manages to pay respect to the likes of Burial and again, those clear NYC influences. It’s likely a perfect tool to bridge the gap in a deep, long set of house and dub wise rhythm.

In summary, this is a quality release that manages to pull on various sounds and influences without losing it’s core focus: superb, no-nonsense, free spirited house music.