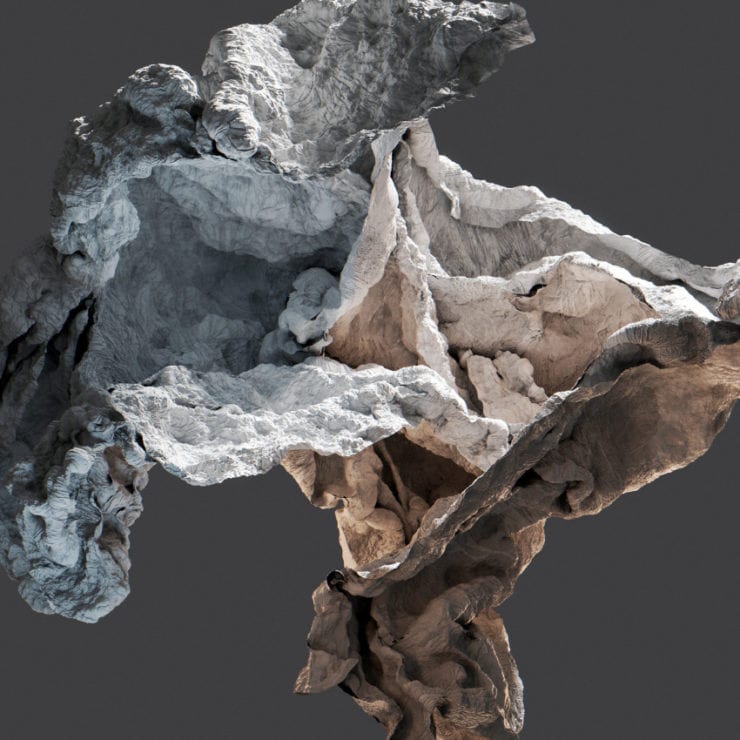 Russian modular wizards Igor Dyachenko and Dessin Bizarre  (a.k.a Ivan Krasnov) drop a capsule of forged audio escapism into the void — entitled ‘Ecosystem’, the album is a self-sufficient network of icy vignettes of imagined wilderness, created through careful application of modular synthesis.

At 14 tracks, all breaching the 5-minute mark, it’s a hefty collection as far as ambient records go, with each given an esoteric title that captures the purest essence of the music. In the depth and attention to the smaller sounds and tones within there is ample inspiration for the imagination to fill in the finer details, until the full image blossoms in the mind’s eye.

There’s a sense of great peace throughout the album, but also faint disquiet. This isn’t immediately sensed, but rather the feeling grows on consecutive listens. As familiarity with the various ecosystems grows, one’s attention drifts away from the grander overtures and rests in the tiny cracks that run across the surface. Here, there is the sense of fragility, of unrest, or an almost-masked yearning that paints the light a colder hue.

‘Biome’ sets the tone with deep grinding ice, gentle winds atop frozen lakes sending flurries of snow hurtling into white oblivion; On ‘Trees’, the rolling motion of shifting canopies lies atop a bed of blue skies and cold sunshine.

Perhaps this intonation comes through the application of the organic to a musical environment composed predominantly through synthetic means. Although faint field recordings can be heard (prevalent on ‘Ubud’, for example), the lion’s share of the music is conjured through modular instruments and algorithmic modulation. This fabricated reinterpretation of the natural perhaps lends the album its plaintive tone.

Our premiere, ‘Aero’, takes this energy and casts it into the topmost circles of the world, into the realm of jet streams and cirrus. A total detachment from the earth is heard in the track’s clear-as-glass opening passages, revolving like some futuristic alien artifice in the upper echelons of the atmosphere. Unhurried, the track slowly coruscates in the unbroken light as, far below, the world rotates at a billion miles an hour.

One of Ecosystem’’s successes is in the scope of acoustics presented; from the searing, airy highs to the deep cavernous lows, the full spectrum is presented in careful array, never lingering too long on a particular pattern or style.

‘Wish Mountain’ marks the first foray into beat-led music, breaking away from the silken passages of raw ambience with a gently ascending crescendo of sweeping arcs of warm light over transcendent drums. By comparison, ‘Audion Soundscape Clics’ plunges the listener into deep, GAS-like constructions of gentle yet formidable density.

The album, albeit composed of isolated musical scenarios, is nonetheless cohesive and entire, without notable outliers; each track adds to the release’s integrity, exemplified in the ease that the album offers itself to repeated listening. Ecosystem is a powerful and arresting statement of ambient music, inundated by the sharp, psychedelic magic of nature — in the bold highlights a shimmering, coruscating beauty; in the shadows, dark promise and intrigue.

‘Ecosystem’ is out now in digital format. Order a copy on Bandcamp.