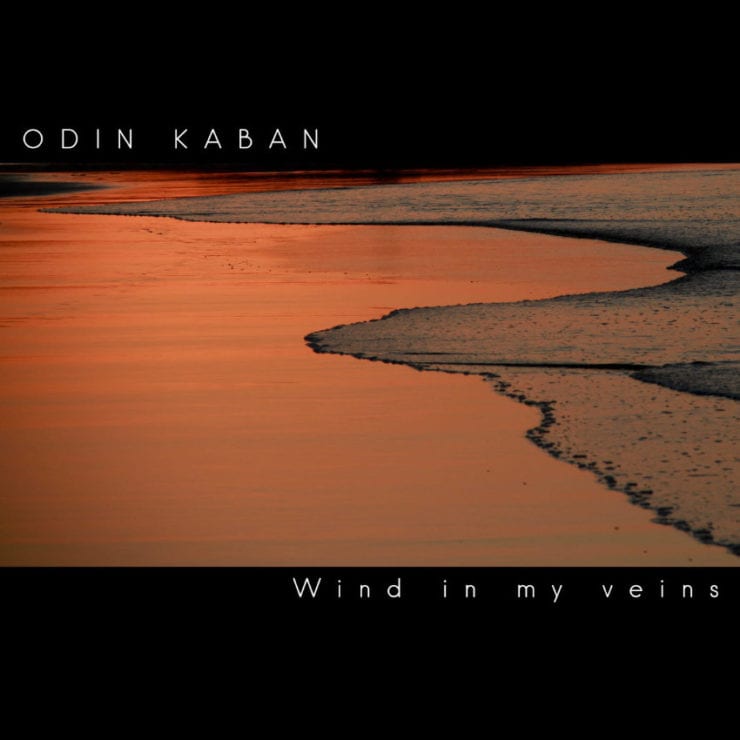 ‘Wind In My Veins‘, marks the eleventh album from Odin Kaban and instantly strikes as a body of work that rest atop much of the artist’s previous music. This is pure conjecture; a gut feeling that rises out of a total lack of prior knowledge of the Spanish musicians output.

Most of this work is perhaps done through the title, an expression of the centrality of music in Kaban’s life. It’s the first time he’s identified himself as a subject within the title of his music. Clearly, this album is a personal one.

A flick through Kaban’s Discogs and Bandcamp unearths the preceding albums: compositions for film, theatre and performance are alongside soundscapes for static installations and fixed-location art. A browse through Kaban’s catalogue reveals an artist who unabashedly joins together electronic and acoustic music.

It is Kaban’s marriage of the electronic and acoustic, alongside his skill in capturing the musical essence of both fluid, expressive movement and looming, motionless landscapes that catches the ears. ‘Wind In My Veins‘ demonstrates some of the most accomplished products of Kaban’s endeavours into exploring this boundary line, where kinetic energy meets synthetic vibrancy.

Despite this, it also strikes as something of an outlier in the artist’s work. Where his other records have an almost genre-less feel, ‘WIMV’ has a definite spin towards dancefloor-centric genres. In fact, in some tracks there’s an uncanny resemblance to some of UK’s most celebrated genres, such as dubstep and garage.

Take ‘Asking Machines Life Answers‘ – the latter half of the track is a descent into moody, breakbeat-filled refrains, not unlike a short Christophe de Babalon freak out. Moments on ‘Nuevos retos‘ or ‘Ataques de ausencia‘ sound like echoes of battered DMZ dub plates spilling out of an RC1 in the next room. The title track is almost reminiscent of high-tension 90’s rave build-ups à la Future Sound Of London, or some DJ tool to raise the pressure in the closing hours of an imagined Blue Note.

This is not to suggest the tracks sound like hackneyed versions of the genres and styles listed above. It seems unlikely that these would be key musical influences of Kaban, but rather that the artist has somehow arrived at the echoes of these hallmark genres in UK dance music through his study of movement and form using electro-acoustic means.

Indeed, the music is markedly different in a great number of ways. None of the songs – a term used with consideration – repeat in large passages, as with dubstep and drum and bass. The acoustic (here meaning non-electronic) instruments played are undeniably crammed with a certain folkish flair that has marks of samba, or of baile: of original musics born hundreds of years before electronic musical synthesis. This is self-evident in the prevalence of movement within Kaban’s music, as each track shifts and morphs into alternate forms, often ending at a very different point to how it began.

Perhaps this is the greatest achievement of ‘Wind In My Veins‘: a possibly unconscious versioning of various styles refracted through the roots of Latin rhythm, simultaneously balancing the inherent characteristics of modern electronic and classical acoustic.

And, although the similarities to fringe dance music are achingly apparent, regardless of original intention, beyond this it is glaringly obvious that this is an album, painstakingly forged, which deserves to be celebrated for the musician’s success in sharpening his style into the most perfect vision of it yet.

‘Wind In My Veins’ is out now via Cinco Ciclos Records. Order a copy from Bandcamp.